#Genevamotorshow2018 - 1.3 TCe: a new petrol engine co-developed as part of the collaboration between the Alliance and Daimler 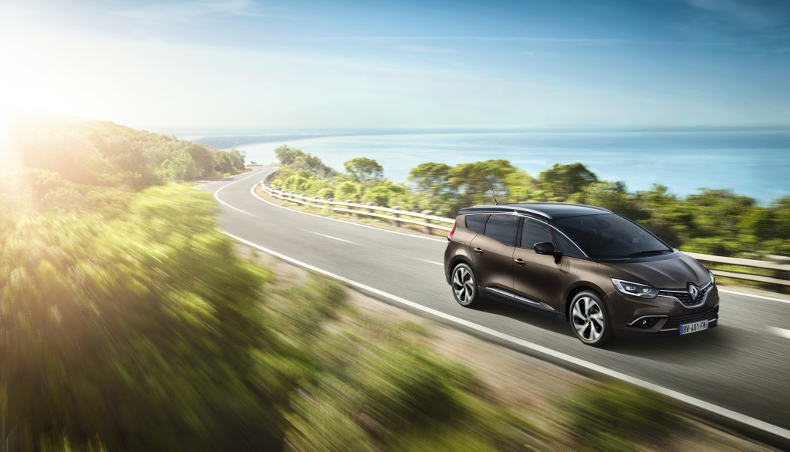 scénic
The result of a successful collaboration between the Alliance and Daimler, the 1.3 TCe is a key new petrol engine for Groupe Renault. Making its debut in the Renault range on Scénic and Grand Scénic, the new engine offers a broader power range than the old TCe, significantly improving driving pleasure while reducing fuel consumption and CO2 emissions.
by Sabrina Houacine

This is a key event in early 2018 for the Renault range. The launch of the new 4-cylinder petrol engine, the 1.3 TCe, is the result of a successful collaborative effort between Daimler and the Alliance. Making its first appearance on Scénic and Grand Scénic with a manual or dual-clutch automatic (EDC) gearbox, the 1.3 TCe meets the highest standards of both partners on quality, reliability and durability. The result of four years of studies, the new-generation powerplant required over 40,000 hours on the engine test bench and in simulations and underwent 300,000 km of validation testing in extreme conditions (extreme heat, extreme cold, drought and high humidity).

A true technological feat, the new 1.3 TCe engine is packed with technical innovations for greater driving pleasure, performance and economy. Available in 115hp, 140hp and 160hp versions, it respects environmental imperatives by reducing CO2 emissions by 5.5% on Scénic and 8% on Grand Scénic.

The new engine is thus a key component in the Alliance strategy and meets the new expectations of consumers, who more than ever are seeking competitive, economical and low-pollution petrol engines.

"Our new petrol engine expresses all the talent of the engineers of Groupe Renault, the Alliance and our partner Daimler. Meeting all the quality standards of the Alliance and Daimler, the new 1.3 TCe required more than 40,000 hours of tests and simulations. It has a global future, as it will be manufactured at five different plants in volumes of close to one million units a year in the long term."
Philippe Brunet, Vice-President of Engineering for Electric and Combustion Engines for the Alliance

The Renault-Nissan Alliance and Daimler formed a strategic partnership in April 2010 with a view to pooling technologies, sharing development costs, making optimal use of the production capacities of each partner, and generating substantial economies of scale. The arrival of the new 1.3 TCe engine is the perfect illustration of that objective. With the diesel market in decline, it is in the interest of carmakers to develop innovative petrol solutions that reduce fuel consumption and pollution while improving driving pleasure.

This is the case with this new engine, which will be gradually fit on a larger range of Groupe Renault vehicles such as Captur and then Mégane Hatchback. It will also be used by Mercedes for its compact models. In Europe, the new 1.3 TCe will be produced at Valladolid in Spain, Sunderland in the UK and at Daimler's Kölleda plant in Germany. Worldwide, it will also be produced in China at two different plants. Vehicles powered by the engine will be sold in Europe, Latin America, Asia, Africa and the Near East. The objective of Daimler and the Alliance is to produce one million units a year.

"More than a new engine, this is the starting point for a new family of engines. The 1.3 TCe was designed to offer considerable evolution potential both in terms of life span and versions. It could be adapted to all Renault and Nissan models from the B segment (Clio/Captur) to the D segment (Talisman/Espace) and to the compact models of Mercedes-Benz."
Xavier Durand, Engine Adaptation Project Manager The development of the new engine is a natural part of Groupe Renault's Drive The Future 2017-2022 plan. The group hopes to make this partnership a true strategic focus in research and development aimed at bringing sustainable mobility to all.

This is not the first collaborative venture between the Alliance and Daimler. The fruitful synergy has led to a number of emblematic projects such as the development of the new-generation Renault Twingo and Smart fortwo. More than 13 new projects are already in the starting blocks.

Technical information on the 1.3 TCe engine: