alpine formula 1
Alpine F1 Team can be proud of its first season at the formula 1 world championships. With a victory, one podium finish, and nine ‘double-scoring’ races, the racing team from Enstone and Viry-Chatillon finished the 2021 championship in 5th position of all manufacturers. From March to December, the whole team was able to get the most out of the A521 thanks to its strong cohesion and its ability to get up to speed when the time came. Eyes are now cast to 2022 when the Esteban Ocon - Fernando Alonso duo will have the task of taking a brand-new single seater to greater heights.
by Emmanuel GENTY

With Fernando Alonso finishing in 8th position followed by Esteban Ocon in 9th, the chequered flag at the Abu Dhabi Grand Prix marked the end of the 2021 Formula 1 season. With the final results still unknown as drivers took to their starting positions for the final Grand Prix race, Max Verstappen and Mercedes-AMG Petronas Formula One Team came out victorious clinching the world champion titles for driver and constructor standings respectively, thereby bringing a thrilling season to a close.

While Fernando Alonso and Esteban Ocon finished the championship in 10th and 11th place with 81 and 74 points each, the Alpine F1 Team toppled Scuderia Alpha Tauri from 5th position in the constructor rankings with 155 points to 142.

This is a season we should all be proud of. I will remember this ability to create a genuine positive dynamic to get a result that was probably better than the car’s inherent performance at the beginning of the season, both at Viry and Enstone. The team has challenged itself to find solutions by adopting very high standards. The drivers are the most visible part of this demanding environment and the spirit of collaboration and sharing in the team’s performance.

One victory and a podium finish

For its first season in the crowning division of motorsport racing, the Alpine F1 Team stood out from the crowd along with McLaren as being the only ones to break apart the dominant duo formed by Mercedes and Red Bull with 20 wins in 22 races. French driver, Esteban Ocon won the Hungarian Grand Prix on 1st August, thus becoming the first French driver to win in a French car with a French engine since Alain Prost won the Austrian Grand Prix with his Renault car back in 1983.

The season was also marked by the podium finish for Fernando Alonso at the Qatar Grand Prix – the 98th of his career since debuting in 2014 – and the fantastic but disappointing 4th place for Esteban Ocon at the Saudi Arabian Grand Prix, where the French driver saw his podium position slip from his clutches as it was stolen by Valteri Bottas on the finish line. The Alpine F1 Team saw its two single-seaters on the score board on nine different occasions, failing to score only once. For Laurent Rossi, “Over the year, we have shown that teamwork both on and off the racetrack drives us forward and gives us purpose. We do things our own way, sometimes it works and sometimes it doesn’t. Team spirit has always been part of our DNA at Enstone and Viry, but now also at our Dieppe site. It all culminated with the performances of our two drivers.”

Eyes are now turned to 2022, with a new horizon – new technical regulations that will mean a whole new game for constructors. New single seaters will be more streamlined with new aerodynamic regulations; theoretically, drivers will now be less impacted by turbulence when tailing other cars and therefore overtake much more easily. Wheels will now go from 13-inch to 18-inch, making F1 models more similar to production models – at least in terms of wheel size. Engines remain unchanged with the Alpine F1 Team bringing back the V6 Hybrid Renault E-TECH engine. Reliability and the perfect engine management will be our top priority because, from the first Grand Prix of the 2022 season, we will not be allowed to improve our power unit performance for four next seasons. It will also be important to develop the chassis as much as possible. As with the start of each new regulatory era, there is much to be gained here. We must also expect major changes coming from our competitors. We will do everything in our power to gain an advantage over our rivals on the track. Our performance at the weekend must enable us to sell cars during the week, and thus promote the Alpine brand around the world.

Without a doubt, the 2022 season will see the return of the two reigning drivers with Esteban Ocon having extended his contract with Alpine F1 Team through to 2024 and Fernando Alonso through to 2022. “We see them as a perfect duo, among the best drivers on the starting line. They work wonderfully together, combining raw talent with speed, but also a great sense of team spirit that is the reason for their win in Hungary.” said Laurent Rossi.

Both drivers hope to make the most of the new technical regulations to shine in future races and take on more winning positions on the podium. What more could one wish them both! 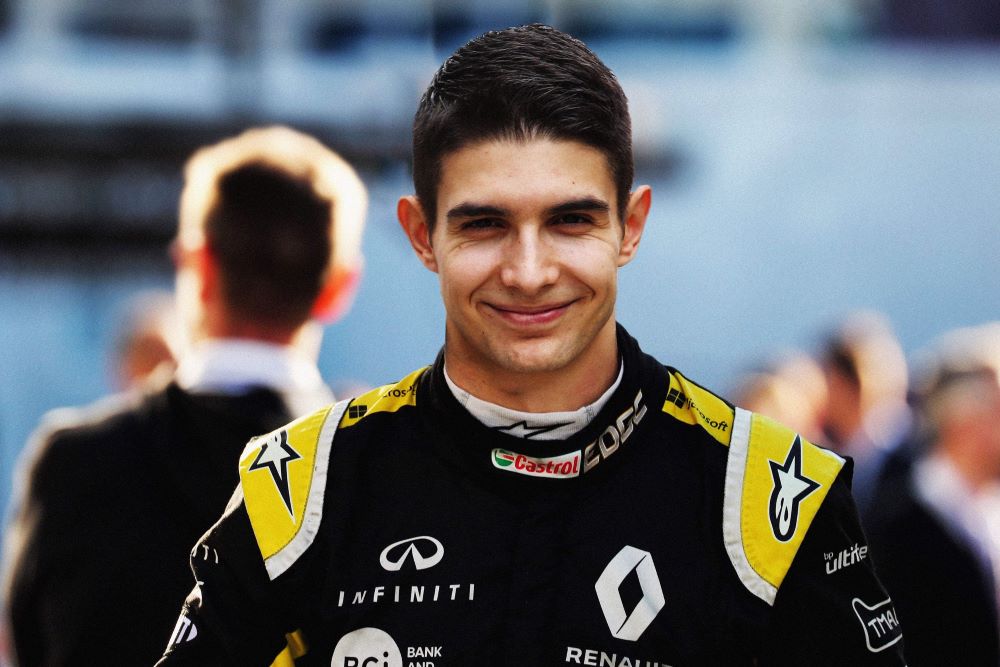 ESTEBAN OCON: A FRENCH DRIVER ON RENAULT F1 TEAM FROM 2020