Accolades for women and design at Renault 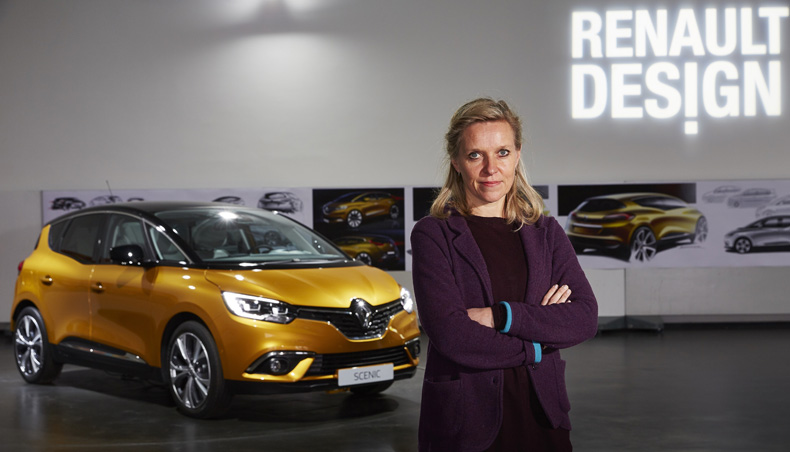 scénic women@renault
On May 19, Agneta Dahlgren, Head of Design for the Kadjar range, the new Mégane, the new Scénic and Electric Vehicles (C segment), was named Woman of the Year 2016 by the independent organisation Women And Vehicles in Europe (WAVE).
by Renault Group

Agneta Dahlgren was named Woman of the Year 2016 by the independent organisation WAVE (Women and Vehicles in Europe) yesterday (May 19).

The annual Woman of the Year award is based on a vote by automobile industry journalists of both genders*.

By singling out Agneta Dahlgren, Groupe Renault’s Head of Design for C-Segment and Electric Vehicles, the panel – in keeping with the organisation’s objectives – wished to highlight the career of a woman who can serve as a role model for young women seeking work in the automobile industry, and whose position is key to her company and to the automobile industry as a whole.

On both accounts, Agneta was a unanimous choice.

Congrats to Agneta Dahlgren named Woman of the Year 2016 by #WaveAutos - pic: w/ the Design team of the New #Scénic! pic.twitter.com/gP1lwXleTg

An outstanding career at the heart of Renault Design

After studying design engineering in her native Sweden, Agneta Dahlgren moved to France in 1990 to round off her Industrial Design studies at Compiègne’s University of Technology (UTC). She has lived in France ever since, working exclusively for Renault which offered her an initial work placement opportunity in 1991.

It wasn’t long before her cross-functional vision, her ability to take technical constraints into account, her aptitude for negotiation and her work were noticed. When Laurens van den Acker took over as SVP, Renault Corporate Design in 2009 with the intention of creating a new identity for the brand, he appointed Agneta Dahlgren as Head of Design for the strategically-important C segment. The New Renault Mégane, which was introduced at the beginning of 2016, and the New Renault Scénic, which is due to go on sale in October, were both designed under her leadership. Agneta is particularly proud to have succeeded in breaking away from traditional compact MPV cues: “It’s not because you’re a mother or a father that you don’t want to travel in a family car that is sexy,” she smiles. Women@Renault: a resolute plan core to the Group’s performance

Groupe Renault’s strong commitment to diversity includes a proactive policy in favour of equal opportunities for women and men across the company.

Convinced that gender diversity fosters performance, innovation and motivation, Renault launched its Women@Renault plan in 2010 in a move to increase the proportion of women working at every level of the company. The scheme is founded on a human resources plan and an in-house social network.

As a result of this ambitious programme, women accounted for 18.8 percent of the Group’s staff at end-2015 (compared with 11 percent in 2000). This diversity is to be found at every level of the company, from the shop floor to the Group Executive Committee, and the current proportion of women staff is particularly high for the automobile industry.

From the outset, the Women@Renault plan has also featured a multi-profession, in-house, mixed-gender, international social network where women and men alike can trade opinions and ideas on subjects such as gender diversity and training- and career management-related best practices.