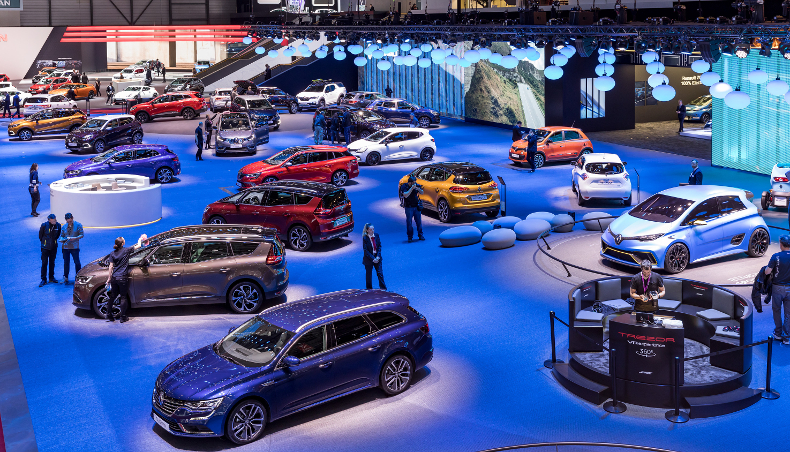 Geneva Motor Show
As the curtain comes down on the 87th Geneva Motor Show, after 13 days and record attendance yet again, Renault, Dacia and Alpine are taking a fond look back at some of the event’s highlights.
by Caroline De Beaumont

Flashback on new cars at the Geneva show

Judging from visitors’ reactions, Renault ZOE e-Sport was one of the motor show’s key attractions. This cross between ZOE and a racing car, developed by Renault Formula E engineers, is a high-energy concept model whose promise of sensational motoring experience holds irresistible appeal. It’s been worth the wait! The long-expected new-generation Alpine is here: a truly exciting car that couldn’t fail to wow visitors at the Geneva show. This two-seater coupé with centrally mounted rear engine puts the emphasis on agility and pure motoring pleasure. Market release is set for late 2017, through 60 Renault dealerships and a handful of Alpine-specific showrooms. The first Alpine showroom will be opening in Boulogne, near Paris, France, at the end of March 2017. Not to be missed!

Full range of Renault crossovers, with revelation of New Captur New Captur was making its world preview appearance at the Geneva show, with a new design edging closer to that of Kadjar and Koleos, special attention to interior quality, and even broader customization choices.

Video on the Motor Show "behind the scenes" press conference.

Your input on our social networks