How Renault sees the car of the future 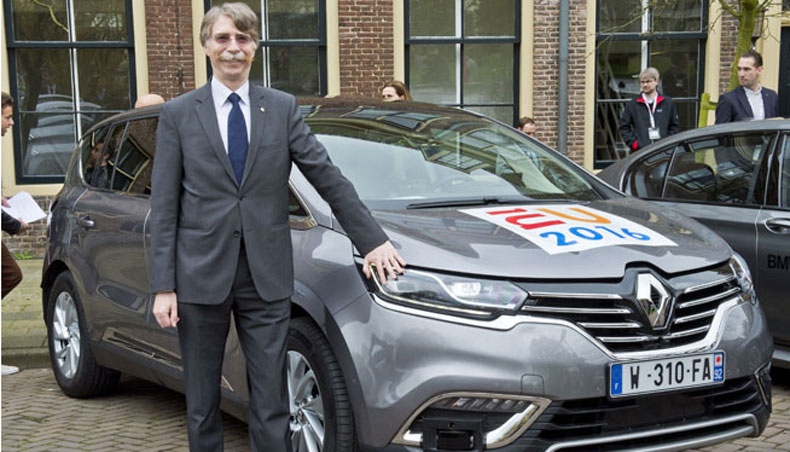 autonomous drive eyes off hands off technology
Last week, the 28 European transport ministers met to sign the Amsterdam Declaration on autonomous vehicles. So this seemed like a good time to ask Rémi Bastien, head of the Renault-Nissan autonomous drive programme, on how Renault sees the car of the future.
by Caroline De Beaumont

Hi Rémi! What exactly are the issues behind the Amsterdam Declaration signed last week?

The aim was to promote the autonomous and connected vehicle and encourage European governments to bring in legislative changes consistent with the emergence of these technologies; today’s laws do not allow “delegated driving”. So we’re basically acting in favour of legislative change that will enable us to test these vehicles under real-life conditions with a view to introducing these technologies on our vehicles in the years to come.

What’s the current state of progress in development of autonomous drive with the Renault-Nissan Alliance?

We’re advancing step by step, and compliant with all applicable laws and regulations. To start with, in 2016 we’ll be seeing single-lane control functions (for keeping the vehicle in-lane) on certain Alliance models. And by 2020, there’ll be ten or more autonomous Alliance models on the market.

We’re also working with a view to releasing eyes-off / hands-off technologies for 2020, meaning that under certain conditions drivers could take their hands off the wheel and their eyes off the road. To start with, these functions could be activated during motorway journeys or in congested traffic, for example.  This would amount to delegated driving under certain conditions, which is not allowed under current legislation. So that’s the challenge addressed by the Amsterdam Declaration of 14 April: a change in legislation.

What do you see as the typical customer profile for the first autonomous vehicles?

What benefits does the autonomous vehicle offer drivers?

First and foremost, the Renault-Nissan Alliance is seeking to make the road safer and less stressful. Human error accounts for 90% of road accidents, and by helping drivers our partial or total delegated driving systems will be helping to reduce the accident rate.  This is precisely the rationale behind single-lane control technology, for example.

With safety conditions enhanced along these lines, the next stage involves offering motorists more free time, and relieving them of the drudgery of tiresome driving conditions, such as in congested traffic and on very long motorway journeys. We’re talking about a very major technological breakthrough in that it will be car itself that monitors the motoring environment and avoids collisions. Again, that brings better safety because driver vigilance tends to dwindle when driving becomes tedious.

How does Renault stand with respect to Tesla and Google?

Tesla addresses the premium market, whereas Renault, as a volume automaker, will be making these technologies available across a broad customer spectrum, by offering them at an affordable price, just like we did with satnav a while back.
Google’s development is something else altogether. They’re communicating on driverless cars for urban conditions, along the lines of a robo-taxi, and this is not the focus of our development work right now. The Renault-Nissan Alliance wants to offer cars that offer the best of both worlds: the driver decides whether to drive or be driven.

Check out the video on the Renault autonomous drive project.