Incentives for buying an electric car in France: how do they work? 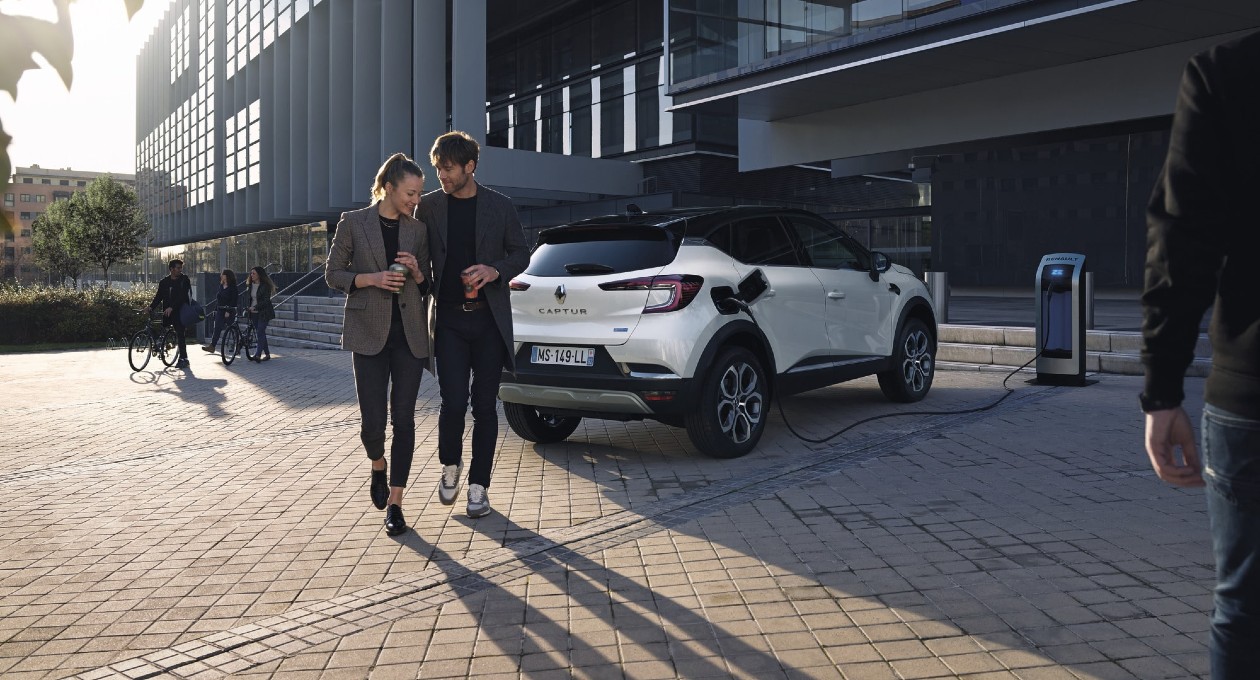 electric vehicle hybrid Markets
The value of France’s environmental bonus has recently been increased to encourage consumers to buy electric and rechargeable hybrid cars, and other European countries have undertaken similar initiatives. But how does the environmental bonus work? How do you know if you are eligible? And what about the conversion bonus? Let’s take a quick look at the different incentives available in France.
by Renault Group

As a result of the Covid-19 pandemic, the French government established a recovery plan, dedicated in part to the automobile industry. The plan includes the environmental bonus, which was increased, but also the new conversion bonus, which has been both increased and opened up to more buyers.

The history of environmental bonuses in France

What is the environmental bonus?

As its name indicates, the environmental bonus is a subsidy from the French government designed to encourage people to buy vehicles with low or very low emissions. The goal is to accelerate the conversion of the car population to electric, hydrogen-powered and rechargeable hybrid cars in order to achieve carbon neutrality by 2050.

The origin of the environmental bonus-malus incentive system

The environmental bonus-malus system came about after France’s Grenelle Environment debates in 2007. It went into effect on the 1st of January 2008, and has been modified several times over the years. Today, the bonus applies to vehicles with zero or very low CO2 emissions, and takes the purchase price into account. How does the environmental bonus work? Eligibility criteria

In December 2020, the government announced the new measures and changes to the environmental bonus. The total value cannot exceed 27% of the purchase cost.

The environmental bonus for individuals

The environmental bonus for corporations

These bonuses will gradually decrease in the second semester of 2021, going down by 1000 euros on the 1st of July, and another 1000 euros in 2022. As a general rule, the dealer advances the amount of the bonus, which is automatically deducted from the total cost — tax included — of the bill.

The government has also announced two new targeted environmental incentives: a bonus of 1000 euros for the purchase (or long-term lease) of a used electric vehicle with CO2 emissions not exceeding 20 g/km, and a bonus for municipalities in overseas territories, the details of which have not yet been disclosed. Conversion bonus: up to 14,000 euros in subsidies for the purchase of an electric car!

Since August 3rd, 2020, the conditions of eligibility for the conversion bonus from the French government have changed. The maximum bonus is reserved for low-income households (based on taxable income), or for the purchase – by an individual or corporation – of an electric utility vehicle weighing less than 3.5 tons (category N1) with a value of no more than 60,000 euros. It can still be combined with the environmental bonus.

The conversion bonus applies to the purchase of an electric or rechargeable hybrid vehicle with a range of more than 50 kilometers, when an older vehicle is traded in for scrap. This bonus also applies to purchases of combustion-powered vehicles with a Crit’Air 1 or 2 classification. Starting on July 1st, 2021, only vehicles with a Crit’Air 1 certification will be eligible, as cars with diesel engines will be excluded.

Today, only people with an income of less than 6300 euros per person, or 13,489 euros for “heavy drivers” (those who travel more than 12,000 kilometers per year to get to and from work, or have a commute of more than 30 kilometers,) as well as buyers of electric utility vehicles weighing less than 3.5 tons, are eligible for a bonus of up to 5000 euros when purchasing an electric or rechargeable hybrid vehicle. For those whose income exceeds these thresholds, the maximum bonus is 2500 euros.

When purchasing a new or secondhand electric or rechargeable hybrid car, buyers may qualify for an additional bonus of 2000 euros if they live or work in a low emission zone (LEZ).

More information and detailed eligibility criteria are available on the French government website.

Incentives for the purchase of electric vehicles in other European countries

Of course, France is not the only country encouraging consumers to buy electric and hybrid vehicles. Many other European countries also offer subsidies and other fiscal advantages.

The British government introduced a subsidy for vehicles with zero CO2 emissions, called the PiCG (Plug-in Car Grant,) in March 2020. Buyers of electric vehicles can benefit from a subsidy of 2500 pounds (approximately 2900 euros.) This measure is consistent with the government’s announcement in late 2020 that the sale of combustion powered vehicles will be prohibited starting in 2030, and hybrid vehicles starting in 2035.

Germany has introduced strong measures encouraging consumers to buy 100% electric or rechargeable hybrid vehicles. The government offers assistance of up to 6000 euros for purchases of vehicles costing less than 40,000 euros. Automobile manufacturers offer an additional bonus of up to 3000 euros, without which the customer would not be eligible for the state subsidy.

The Spanish government launched the second phase of its “MOVES” program in 2020 to support the automobile industry after the health crisis while simultaneously accelerating the conversion of combustion-powered vehicles. It offers individuals buying an electric vehicle a bonus of up to 4000 euros, and up to 5500 euros when trading in an older vehicle for scrap.

In Wallonia and the region of Brussels, buyers of electric or battery-powered cars benefit from lower sales and driving taxes. These tax cuts are the only incentive Belgium currently offers for the purchase of electric and hybrid vehicles.

In the Grand Duchy, vehicles emitting less than 90 g/km of CO2 qualify for the lowest bracket of ownership tax. Until March 31st, 2021, residents of Luxembourg can benefit from an 8000 euros bonus, regardless of their income, for the purchase of a 100% electric vehicle. This replaces the previous bonus of 5000 euros, which nonetheless remains in effect for cars that were ordered before May 11th, 2020.

Each canton has its own policy of fiscal incentives. For example, the canton of Geneva taxes vehicles based on their horsepower, and electric and rechargeable hybrid cars (less than 31 g/km of CO2) are exempt for the first three years. In the canton of Neuchâtel, owners of electric automobiles only need to pay the fixed part of the annual vehicle tax, and not the variable part. Finally, in the canton of Jura, this annual tax is reduced by 50% for electric cars and hybrid cars (whether rechargeable or not.) Some cantons also offer an environmental bonus, such as Thurgovia, which introduced a bonus of 3500 Swiss francs (3250 euros) in 2020.

The Italian government offers a conversion bonus of up to 6000 euros. If the buyer is not trading in their old car for scrap, the bonus may be reduced by 50%. This is nonetheless a substantial incentive, especially as it is often supplemented by an additional rebate from manufacturers, usually valued at 1000 euros.