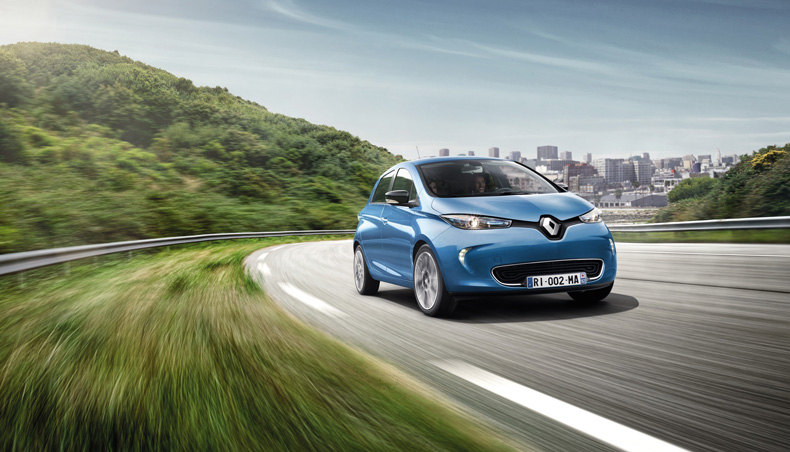 zoe
The ZOE fitted with the new Z.E. 40 battery: the longest driving range of any mass-market electric vehicle.
by Renault Group

Renault has introduced a new Z.E. 40 battery for ZOE. At the same, ZOE owners can benefit from a range of new connected services and equipment upgrades. Order books for the new ZOE line-up are open. The new ZOE's fitted with the new Z.E. 40 battery are made at Renault’s Flins plant in France and will be available for delivery before the end of the year.

Renault has added a new dimension to the world of electric vehicles now that the ZOE’s range stands at 400 kilometres NEDC. It’s a breakthrough in all-electric motoring that will provide the range needed to make any motorist comfortable choosing electric. Double the range for even longer journeys

As the pioneer of all-electric mobility and Europe’s number one seller of electric vehicles, Renault has stepped up its innovation programme and the deployment of its Zero Emissions strategy*. Fitted with the new Z.E. 40 battery, the Renault ZOE now delivers a record NEDC driving range of 400km, which is twice the distance delivered by the model at the time of its original launch. The new Z.E. 40 battery has a real-world range of 300 kilometres in urban or suburban areas, for example**.

The range permitted today by the ZOE is the longest of any mainstream all-electric vehicle and motorists can take advantage of this step forward now. The ZOE is the best-selling electric vehicle in Europe and provides a real alternative to internal combustion-engine cars, since average daily commuting distances are well within the ZOE’s capabilities. The new battery removes the final psychological barrier that stands in the way of buying an electric car since ZOE users can now travel further and enjoy a wider variety of driving situations without worry about charging. This makes weekend trips a real possibility.

About 80,000 public charging stations are in operation across Europe. To provide ZOE owners with easy access to them, Renault has released two free services: Z.E. Trip helps customers to locate charging points, while Z.E. Pass gives access to a high number of charging stations.

The ZOE: designed and made entirely by Renault

Just as it conceives and manufactures the majority of its powertrains, Renault designed and makes the ZOE, thanks not only to the expertise it has acquired as a pioneer in the world of electric-vehicles mobility and as Europe’s number one electric-vehicle brand, but also to its technical and sporting partnership roles in the FIA Formula E Championship. Groupe Renault’s know-how is chiefly rooted in France where its high added-value vehicles and components are essentially designed and produced. * Zero emissions during road use: no CO2 emissions or emissions of other regulated airborne pollutants during road use in compliance with the NEDC cycle (not including wear parts).
** Ranges quoted are for ZOEs equipped with either the 75- or 90-horsepower version of the standard R75/90 motor.