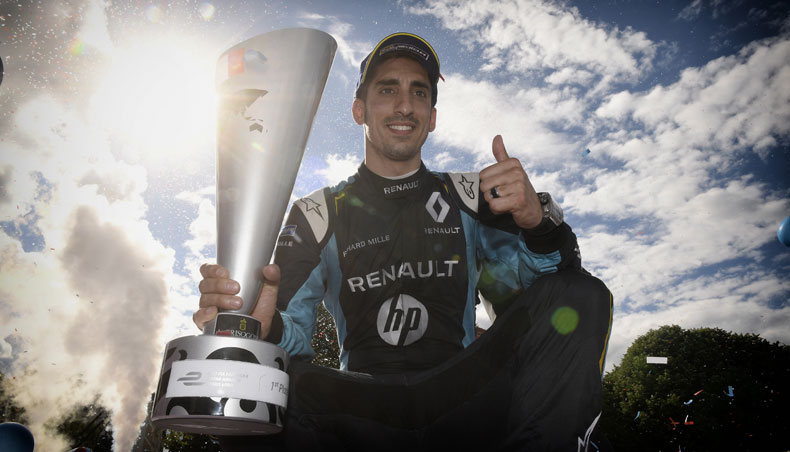 Round six of the 2016/2017 FIA Formula E Championship in Paris saw Sébastien Buemi secure the top prize for Renault-e.dams. His victory sparked an emotional rendition of La Marseillaise in the city’s Hôtel des Invalides district to conclude what turned out to be a popular advertisement for electric motoring in the French capital.
by Caroline De Beaumont

The tone was set for the weekend’s all-electric festivities early last Wednesday morning when a Formula E single-seater was paraded through the streets of Paris in the company of ZOE e-Sport concept, the 460-horsepower hot electric hatch unveiled at March’s Geneva Motor Show. 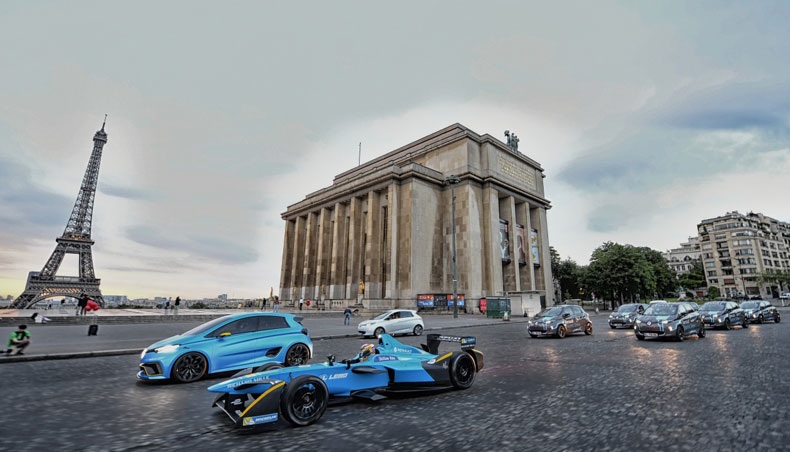 The second running of the Paris ePrix effectively served as a great ambassador for electric motoring and the spectators who turned out to watch the action were given an opportunity to discover Renault’s EV range – namely Twizy, ZOE and Kangoo, plus the impressive TREZOR electric concept car – in the e-Village alongside the track. Pepper the robot was also on hand to welcome visitors! 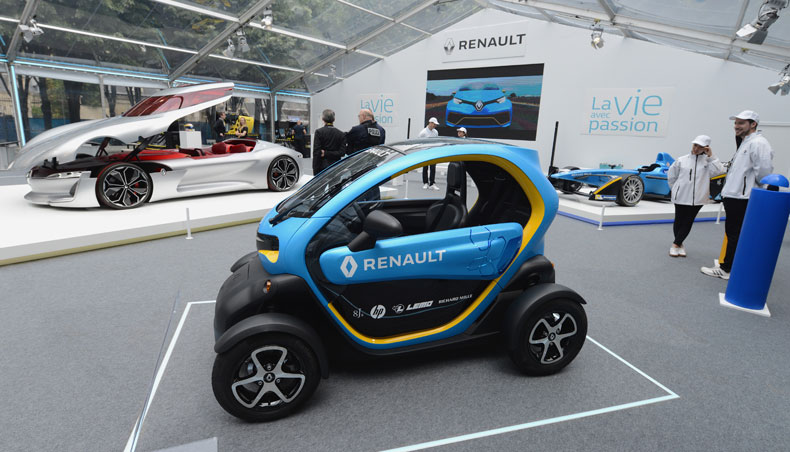 The more racing-minded of them were able to try their hand around the challenging Circuit des Invalides on simulators and compare their skills with those of Nicolas Prost and Sebastien Buemi.

The e-Village also served to emphasise the many parallels that exist between Formula E and road cars.

In all my career, I have never seen so many crossovers between the work of the engineers who develop Renault’s road cars and those who specialise in racing. Formula E may not be inventing new solutions, but it is playing a big role in speeding up the development of sustainable mobility-related technologies.

As last season’s Teams’ title winner, Renault-e.dams has again emerged as the operation to beat in Formula E and its 2016/2017 score stood at four wins prior to Saturday’s Paris showdown. Its domination is by no means total, however, as illustrated by Sébastien Buemi pole position-winning lap which was only six-thousandths of a second faster than that of his closest rival in qualifying!

The early part of the ePrix itself was just as close.

Jean-Eric Vergne pushed me very hard to begin with, he left his braking very late but I managed to defend my lead. I was only slightly faster than him during the early stages, so it took some of the pressure off when he crashed into a wall in the second half of the race.

After that, the Swiss star was able to cruise home to a welcome victory.

I really wanted to win the Paris ePrix. It’s the most important race of the championship for Renault and we all prepared hard for the occasion because it was the race where we were the least competitive in 2016. Winning back-to-back in Monaco and Paris is just incredible.

Thanks to their emotional success in the French capital, Sebastien Buemi and Renault e.dams have gone even further clear in the provisional 2016/2017 FIA Formula E Championship standings, while Nicolas Prost is third in the Drivers classification ahead of the next clash in Berlin, Germany, on June 10.