flins handicap
For the International Day of Persons with Disabilities, Philippe Croizon, a renowned athlete and quadruple amputee, raised awareness about disability among employees at Renault Flins. Drawing on his singular life experience, he is seeking to change attitudes to disabilities, often synonymous with unproductiveness. His motto is that everything is possible! Read on to find out more about the event, full of emotion and humor.
by Renault Group

Philippe Croizon’s four limbs were amputated following an accident at his home on March 5, 1994. But his disability did anything but limit his possibilities. Instead it opened up new prospects, and as he watched Marion Hans swim the English Channel, he formed the idea of doing the same thing himself. And despite refusals and incomprehension, Philippe succeeded in his goal in 2010, swimming across the body of water in 13 hours and 26 minutes. Since then, he has succeeded in other formidable challenges, swimming four straits separating five continents and taking part in the Dakar rally. “Sport has really helped me to develop as a person and be open to other people,” he says, summing up the sports aspect and the idea of surpassing oneself! 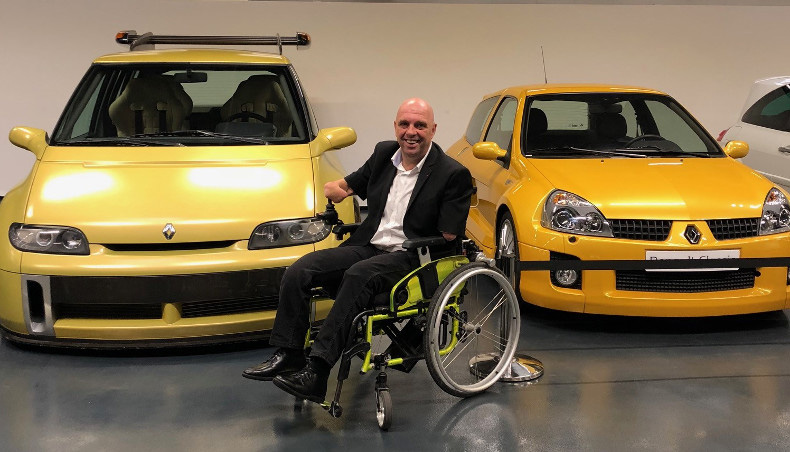 Philippe is generous with his time and words, accessible and full of humor. The latter is one of his preferred ways of breaking the ice with other people. It is also through humor that each one of his ideas has come to light. Philippe talked about his accident, renunciation, reconstruction and achievements to the employees at the Flins plant. He recounted his life journey with his characteristic sense of self-derision, showing us that anything is possible even when you are going through the worst. “We are the ones that make things impossible and it is our fears that paralyze us.” Despite his major disability, for Philippe the worst thing is invisible disabilities*, because people have problems understanding them.

Philippe talked about three things that helped him after his accident: his family and friends who supported him and helped him to become independent, his rebirth through sport, and humor. To rebuild himself and throw off his isolation, Philippe set himself goals. The first was to be able to walk using his prosthetic limbs to attend his grandparent’s 50th wedding anniversary. And since nothing is impossible, he succeeded! 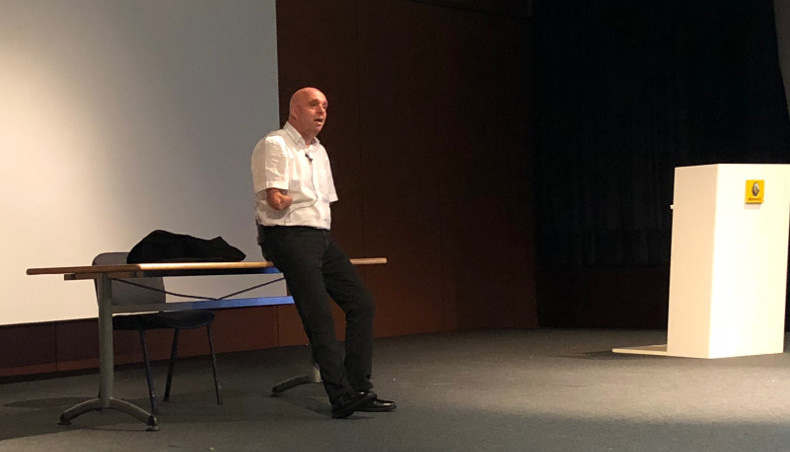 Groupe Renault shares this philosophy, which stands as a common foundation for all its initiatives aimed at raising staff awareness of disabilities. And so for the International Day of Persons with Disabilities on December 3, all Groupe Renault sites invited speakers and organized a range of events to shed more light on disabilities and lessen fears and misunderstandings of the issue.

During his visit, Philippe Croizon, a car enthusiast, visited the Renault Classic collection. He got to see the emblematic models having marked the brand's 120-year history. But his visit was above all an opportunity to accept a check of €3,000 for the Handicap 2000 organization. Founded in 1994, Handicap 2000, chaired by Philippe’s father, works with amputee children and children suffering from rare genetic diseases. 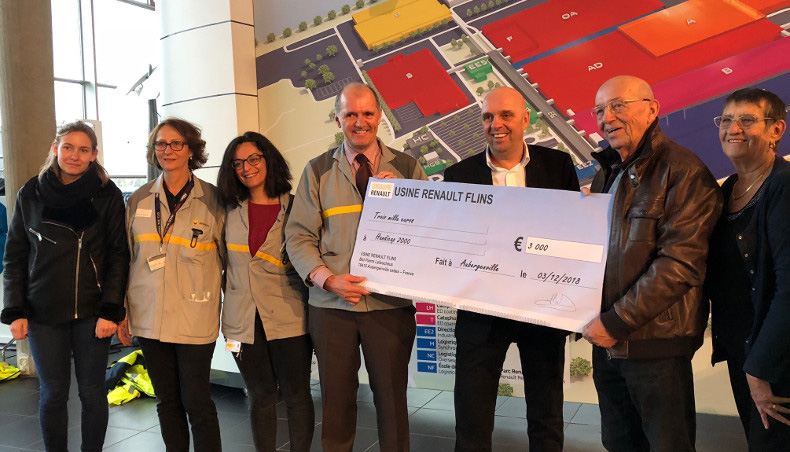 The money was gathered by the employees, who competed in a race to raise money for the foundation. Thanks to the “Km for Change” app, each kilometer ran generated money to the benefit of an organization. And again because nothing is impossible, Philippe Croizon touched the employees at Flins with his story, but the employees also touched him through their commitment.

Read the blog by Oliver Faust, Director of Corporate Social Responsibility at Groupe Renault, on the Handicap International conference