Renault and the Ecole des Arts Déco in Paris present Vasarely, the Pope of Op Art! 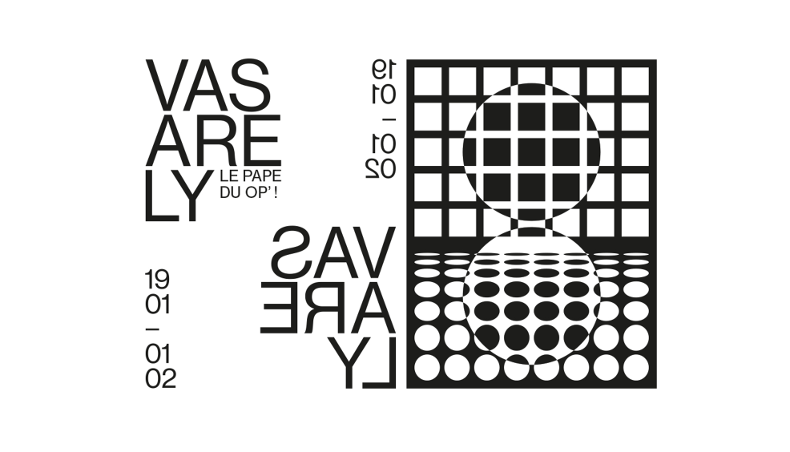 Renault and the Ecole des Arts Déco in Paris are presenting an original exhibition featuring the work of Vasarely, an artist on the frontier of art and design and founder of the op art movement: the Pope of Op Art! A selection of five original panels and 24 preparatory studies illustrate the inventive talent and artistic research of this innovative artist. The cooperation between Vasarely and Renault remains one of the most important in the Renault art collection. Set up in 1967, the collection now includes over 350 works by artists of all nationalities and all schools.
by Isabelle BEHAR

"This exhibition is an opportunity to discover or to rediscover Renault's art collection through one of its major artists, Vasarely, father of optic art. It was Vasarely who designed the company's new logo in 1972. It would remain in use until 1992. "
Ann Hindry – Curator of the Renault art collection

Vasarely and the Renault art collection

Victor Vasarely (1906-1997) was a Hungarian artist and founder of the op art movement, in which art aims to give the viewer the impression of movement. Vasarely's artistic approach lent itself to monumental works in the industrial and urban environments. The "Pope of Op Art" produced more than 40 works as part of his cooperation with Renault.

In 1972, Renault commissioned Vasarely to design a new logo, a project the artist undertook with his son Yvaral. The transformed logo kept the diamond shape, but with clean, dynamic, angular lines.
This logo remained in use until 1992 and is still considered as a source of inspiration for the brand logo today.

Set up in 1967, the Renault art collection is unlike any other corporate collection. It was not built up by acquiring existing works but through cooperation with artists interested in the world of industry and emerging societal issues. Renault provided technical resources, industrial equipment and premises for many artists including Vasarely, Arman, Dubuffet, Soto, Takis, and Tinguely, who produced an array of original works.