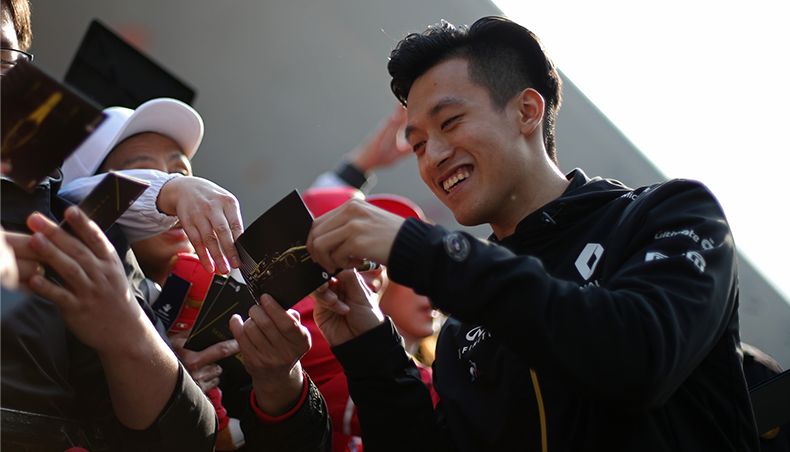 renault sport f1
Groupe Renault has lots of F1 news from the Shanghai Grand Prix. First time ever for a Formula 1 car in the streets of Shanghai with a Chinese driver behind the wheel and a second Chinese driver welcomed to Renault Sport Academy…. Portraits of these rising stars of Chinese motorsport on the eve of a historic 1,000th Grand Prix!
by Caroline De Beaumont

The 1,000th Grand Prix in the history of F1 is being held this weekend in Shanghai. As a prelude to this race, on Saturday, 13 April, a Formula 1 Renault will be seen right in the city centre. An important first, because it will be driven by China’s very own Guanyu Zhou, a development driver with the Renault F1 Team and a member of Renault Sport Academy. He will give a demonstration in front of a Chinese public that is beginning to fall in love with Formula 1, a discipline that has only recently been introduced into China.

I will be driving the 2012 E20 Formula 1 car in the city centre of Shanghai, the city where I was born: such an amazing opportunity for me! 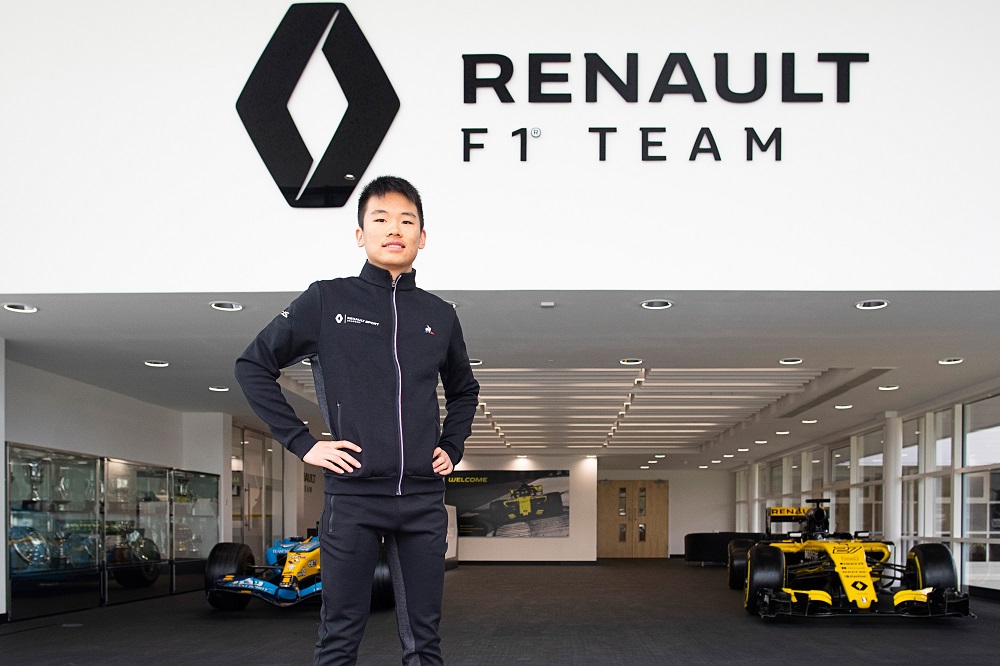 Renault believes firmly in the future of motorsport in China, and this is confirmed by the arrival of another Chinese driver, Ye Yifei, at Renault Sport Academy.

At just 18 years of age, Ye Yifei has shown himself to be one of the promising talents in the lower divisions of motorsport. From karting to the Formula Renault Eurocup, where he finished 3rd in 2018, his rise through the ranks has been rapid. He will now enjoy the facilities and special training offered at the Renault Sport Academy.

We have been watching Ye Yifei for some time. For us, his future is promising and we are looking forward to guiding the next stages of his career as he continues his progress through the ranks.

Read about our commitment to Formula 1 and follow us on Instagram throughout the weekend at the Shanghai Grand Prix.