The origins of E-TECH technology

A TALE OF ENERGY AND MANAGEMENT

Using its expertise in electric vehicles, its experience in Formula 1 and with the enthusiasm and passion of its engineering, development and control teams, Renault has developed the innovative hybrid E-TECH powertrain. Offered in a “full hybrid” version on the Clio and in a “full rechargeable hybrid” version on the New Captur and New Mégane, this was invented and developed in a way that was both unusual and truly inspiring. In this third instalment, you will find out how innovations made in Formula 1 helped the development of the E- TECH powertrain.

A TALE OF ENERGY AND MANAGEMENT

In the same period, in a less than parallel world, F1 is preparing for an engine revolution: the atmospheric V8 is no more. Enter the V6 turbo hybrid, complete with its dual energy recovery system, which takes its first bow in the 2014 season. Naturally, Renault are right there in the thick of the action!

Present in the sport since 1977, the brand has always played a major role, thanks especially to its ambitious, avant-garde technology decisions: first turbocharged engine (1977), pneumatic valve return (1986), timing belts and gears (1990s), direct injection (1995), etc. Winning choices that allow it to carry off no fewer than 12 manufacturer’s titles (as a team or as the engine designer) and 11 driver’s titles. In 2014, when the switch to the V6 hybrid powertrain occurs, Renault emerges with 4 combined manufacturer and driver titles with Red Bull and Sebastian Vettel!

The hybrid revolution in Formula 1 had begun in 2009 with the appearance of KERS (Kinetic Energy Recovery System). At first using an inertia flywheel, this system recovers braking energy to return it on demand in the form of power. In 2011 it switches over to batteries, like those used in electric and hybrid production vehicles.

At this time, Renault sells the shares in its Renault F1 Team to Genii Capital, which uses Lotus Renault GP cars in the championship. It still supplies engines to the team, as well as to Red Bull (future world champion) and Lotus. This means that nobody is idle in Viry-Châtillon, the temple of Renault Sport Racing engine activities. Nicolas Espesson, then a test bench engineer, remembers the early days of hybridisation in F1 and the bridges that were built between the engineering teams. 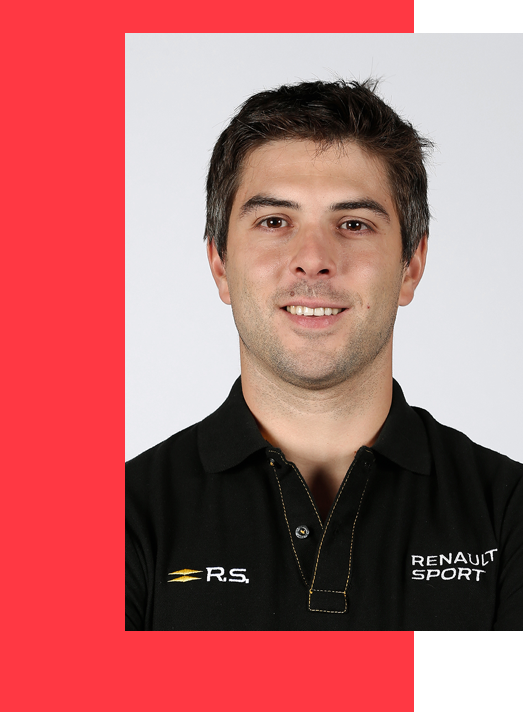 We didn’t wait for the development of the E-TECH hybrid powertrain before working on the electrification of the engines. From 2011, Renault engineers specialising in electric power came to F1 to assist in the development of the planned V6 hybrid engine. However, some of the team had already become specialists in electrification by working on KERS. And let’s not forget that our test benches for KERS had also been used to validate the electric traction engine for the Twizy. This relationship was the context in which the Renault Sport Twizy F1 concept car was developed in 2013. 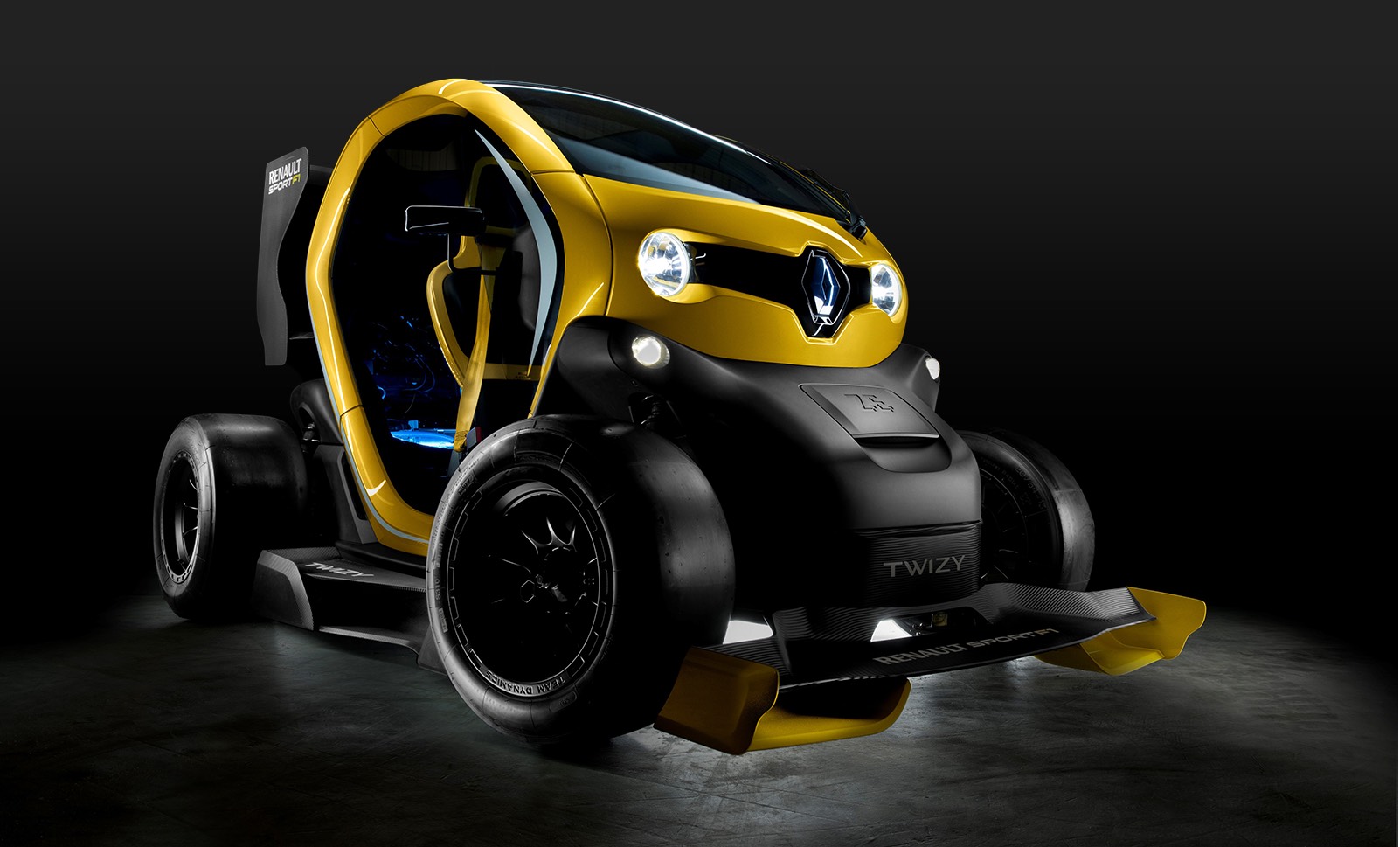 #3 Energy management at the heart of the system

The Formula 1 engine designers are thus split into two categories: on one side is the combustion lot, on the other, the electric engineers. However, a third category soon appears to bridge the two, the energy management specialists. Their role is to define when and in what proportion the racing car should use the different sources of energy available. Because in KERS period, the 60 kW (80hp) electric power was managed manually by the driver, who basically used it as a temporary boost, to overtake for example. With the new V6 hybrid and its dual energy recovery system (MGU-K for recovery on braking, MGU-H recovery on exhaust), this management is automated for greater efficiency.

It was something really new, which required big data, data learning and even artificial intelligence. So we had some software that formed the core of the energy management strategy, the key to the new hybrid powertrains. However advanced though, the design of this software had to remain simple for ease of maintenance and debugging and, above all, it had to be reliable. and we find the very same thing today in the E-TECH Hybrid production models, where the intelligence for the energy management is supplied by computers.

In F1 and road vehicles, the objectives of the engine designers are identical: lower consumption and improved energy performance. This is why the bridges are so easy to build, and why the cross-fertilisation is so effective. Engineers working on the Z.E. on demand engine swelled the ranks of Renault Sport Racing for several years before returning to the development of E-TECH Hybrid production models, and they didn’t return just with new ideas and technical skills.

By working in F1 at Renault Sport Racing, these engineers had found new forms of management that were much more flexible than any they had known at Renault. It has to be said that development lead times are shorter in F1 and, in the event of a problem, decisions have to be made very quickly. They were able to apply these methods once they had come back to work on the development of production E-TECH Hybrid powertrains. This also contributed to the results that can be seen today.

Most of the pieces of the puzzle were now in place. They just needed to be assembled and tweaked. That’s the easy part, right? Don’t bet on it…

Episode 1: Lego plus a touch of boldness

Episode 2: A timely appearance of the eolab show car 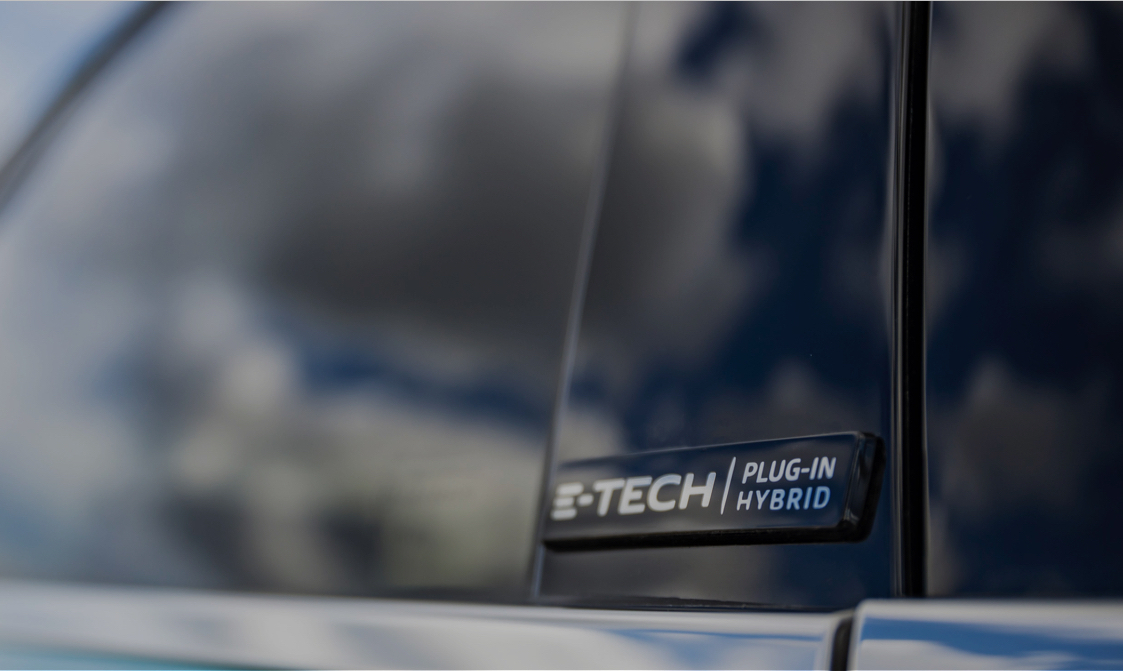 Episode 4: FROM LOCODISCOBOX TO E-TECH