AVTOVAZ produces millionth car on its B0 Line assembly line 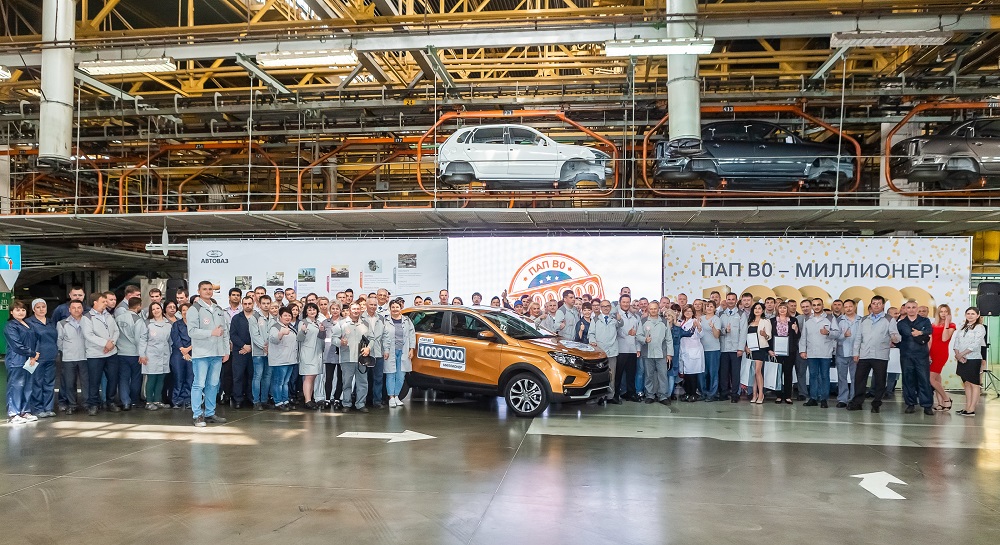 avtovaz lada
An important milestone has just been passed at the AVTOVAZ plant at Togliatti. The millionth vehicle has just come off the B0 Line, one of the factory’s three assembly lines. It’s an XRAY Cross compact SUV and it symbolises the LADA brand’s new ambitions.
by Abdelhafid Reghis

Unveiled last year at the Moscow Motor Show, the LADA XRAY Cross compact SUV combines an aggressive look with a comfortable interior - two key elements to its success on the Russian market. It also happens to be the model which has become the millionth unit to come off the BO assembly line in the AVTOVAZ plant at Togliatti. The milestone symbolises LADA’s new ambitions both in Russia and internationally.

This performance stems from the recovery plan that AVTOVAZ initiated in 2016. Its aim is to extend the LADA range (including the Granta and Vesta saloons and the XRAY Cross) and modernise the sales network. The plan also involves improving performance at the Togliatti and Izhevsk plants with an extension of the Alliance Production Way (APW)* system.

Beyond the industrial aspects, AVTOVAZ has committed to a complete overhaul of its range. With the new X-Style design specification created by Steve Mattin, director of Design LADA, the brand is entering a new era. The first models (in the Vesta Cross and XRAY Cross family) to display the new brand identity specifications, epitomised by a grille and hollowed sides in the shape of an X, are now some of the hottest sellers in Russia.

*Alliance Production Way (APW), is a single production system which allows Renault and Nissan plants to manufacture vehicles on the same assembly lines. The idea is to create standards that include best Alliance practices.

A strong local brand which is popular abroad

Since 2017, AVTOVAZ’s own brand, LADA, has been one of the five Groupe Renault brands. As the historic market leader in Russia for the past 50 years, it gives Groupe Renault a presence with a market share of 21% in this key country, currently the group’s 2nd largest market by volume. Distributed locally via Russia’s biggest dealership network (around 300 showrooms), LADA is one of the favourite general brands in Russia. This year it has garnered several awards from the general public, the media and the automobile industry, in particular, the “Car of the Year in Russia” and the “Kommersant of the Year” awards.

LADA also exports abroad, across 35 countries, and has seen a considerable increase in its sales in 2018 (+ 58%). These have occurred mainly in Kazakhstan, Belarus, Uzbekistan and Azerbaijan where the brand has a dominant position.
The brand continues to develop internationally, in South America and the Middle East. It has recently begun deliveries to Cuba, Tunisia, Turkey and Mongolia. The LADA Vesta is the brand’s most exported model.

The B0 line – 1 vehicle produced every 60 seconds

Today 12 LADA and Renault models are produced on the B0 Line, one of the three assembly lines in the AVTOVAZ plant at Togliatti.
The entire production line was the first at AVTOVAZ to follow the same APW (Alliance Production Way) standards as those used in the other Groupe Renault plants to achieve the highest quality at an international level.
280,000 cars a year are produced on this line with a 3-shift pattern. The line produces 1 vehicle every minute. The line also welds and paints car bodies for the Renault plant at Oran (Algeria).

“My career at Groupe Renault is closely bound up with AVTOVAZ and the B0 line. During my first assignment in Russia in 2013 - 2016, I helped to launch production of the Logan and Sandero on that line. I can see today how much the team’s professionalism and skills of each employee have improved and how effective the introduction of Alliance technologies has been here. All of this helps us to achieve our main objective – high quality production cars.”
Yves Caracatzanis, CEO AVTOVAZ

How LADA will retain its leadership in the future At the Moscow Motor Show in August 2018, LADA unveiled an SUV show-car dubbed "4x4 Vision Concept". With modern and sporty lines, this show-car symbolises the identity and style vision of the brand for the years to come.

Renault and AVTOVAZ in four dates

2008
Groupe Renault signs a strategic partnership with AVTOVAZ, the top Russian car manufacturer. The objective is to supply new technologies, launch new products and consolidate Renault’s presence in the Russian market through the production capacities of AVTOVAZ.

2012
The Renault-Nissan alliance acquires a majority share in a joint venture set up with the Russian company Rostec. The alliance consolidates its shareholdings and aims to further develop Renault operations in Russia. A shared production line called B0 is developed in line with Alliance Production Way standards for the production of Alliance brand vehicles.

2017
Groupe Renault strengthens AVTOVAZ by incorporating LADA as the fifth brand in the group, along with Renault, Dacia, Renault Samsung Motors and Alpine.

2018
The Alliance Rostec Auto BV (ARA BV) joint venture, held by Renault and Rostec, which was already the majority shareholder in AVTOVAZ, increases its capital holdings in AVTOVAZ to 100%. 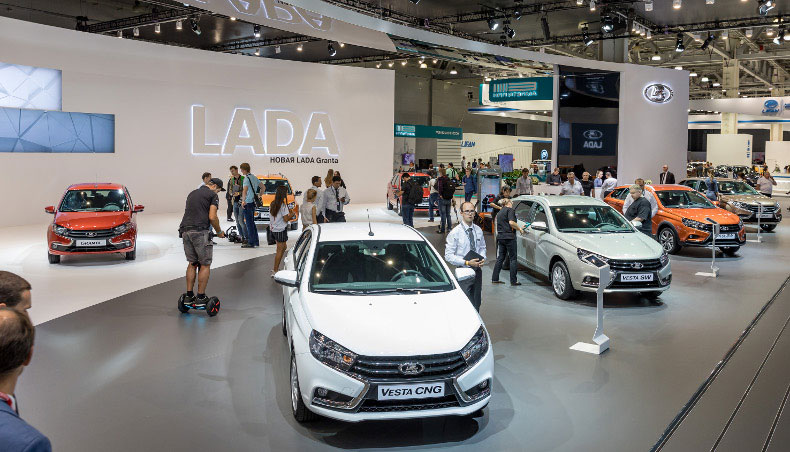 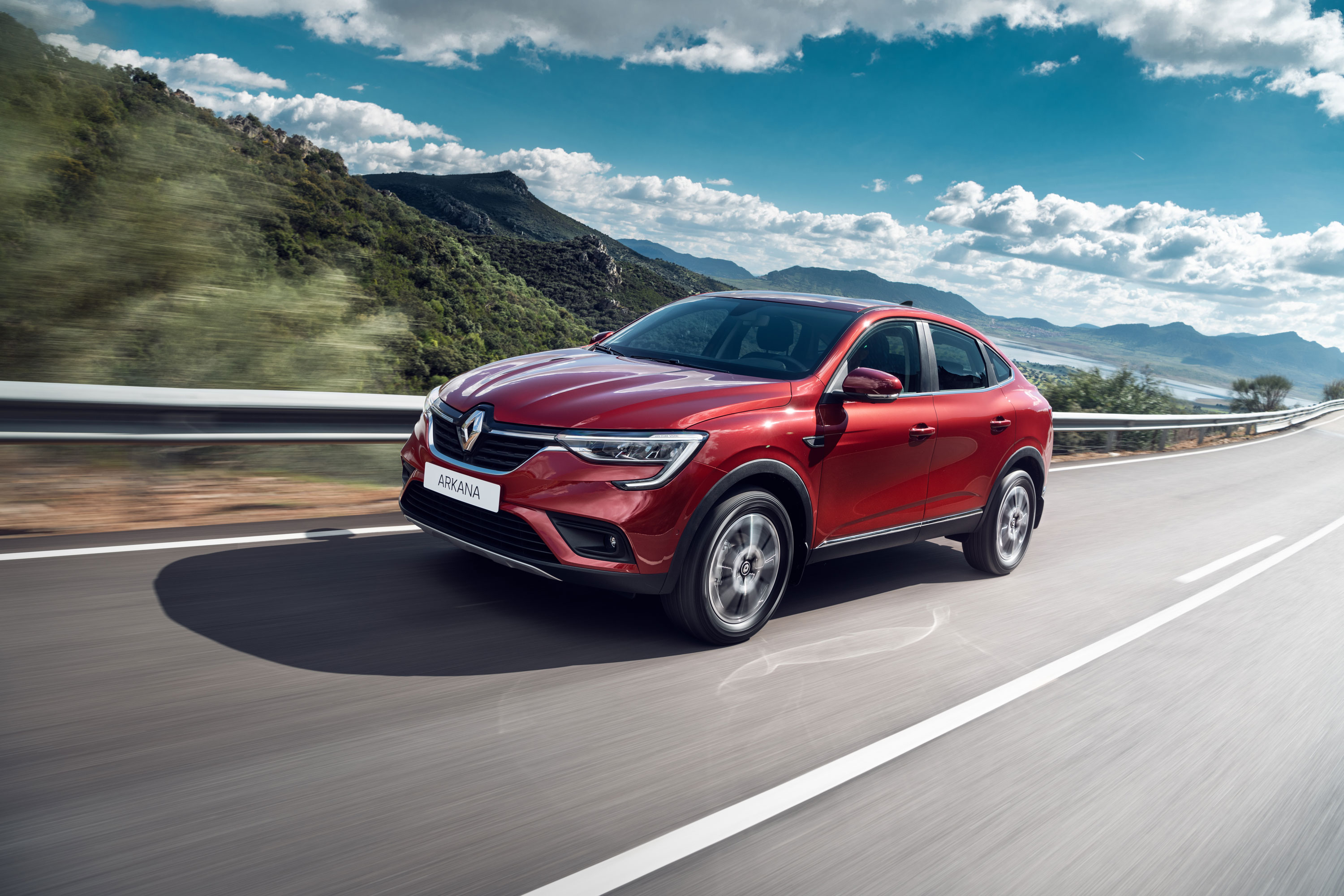