Kadjar : what's in a name 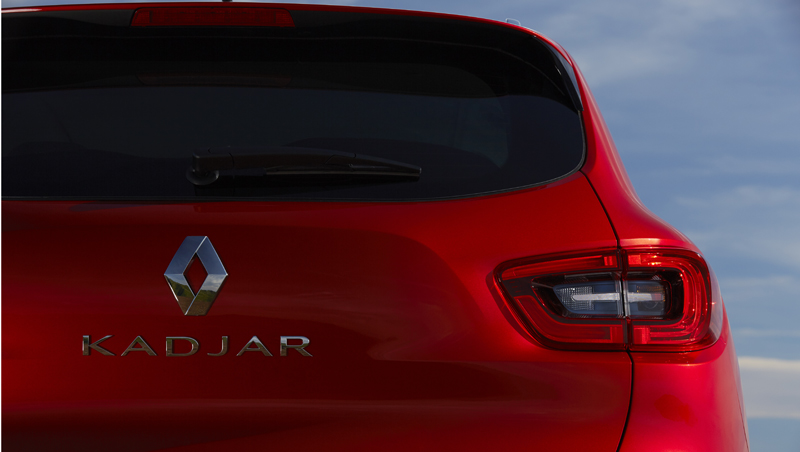 Kadjar
On 2 February 2015, Renault unveiled its latest crossover —Kadjar— live on the www.renaultgroup.com website. This powerful, robust and energetic new car exudes Renault's vibrant personality and extends an open invitation to adventure. The name Kadjar sounds perfect for such an eminently intrepid vehicle, which previously went under the more sober code-name of HFE. To find out where the name came from, we talked with Cécile Mandonnet-Dupic, who's in charge of Renault's vehicle naming strategy.
by Renault Group How exactly did you come up with Kadjar as the name for HFE?

When we started the project for naming HFE, around three years ago, we were looking for something that would be coherent with the names of Renault's other crossovers, and express Renault's personality traits. As well as bringing to mind the attributes of power, strength and robustness, the name Kadjar also evokes the idea of escapade, travel and discovery. And it fits in with the other names in Renault's crossover line-up: Captur, the latest, and Koleos, which dates to 2008.

How would you explain the match between name and vehicle?

The name Kadjar is phonetically coherent with the names of Renault's other crossovers. “Renault Kadjar” sits easily alongside “Renault Captur” and “Renault Koleos”. Style-wise, the car belongs to the Explore petal in the Design Daisy, and the name carries connotations of energy and action accordingly. Like the vehicle itself, the name Kadjar expresses the Renault personality, with the promise of a rewarding, motivational, energetic, outgoing lifestyle. The name is pleasing to the ear; it sounds solid and reassuring, consistent with the crossover's emphasis on robustness. How long does it take to find a name for a new car, and what does the process involve?

Vehicle naming is a lengthy business. Around three years before a new model is released on the market the vehicle naming team meets with all the members of the vehicle project team (design, product planning, programme, marketing) to draw up precise specifications on the matter. The vehicle naming process breaks down into three main phases:

How do you know you've found the right name?