The challenges of the autonomous car 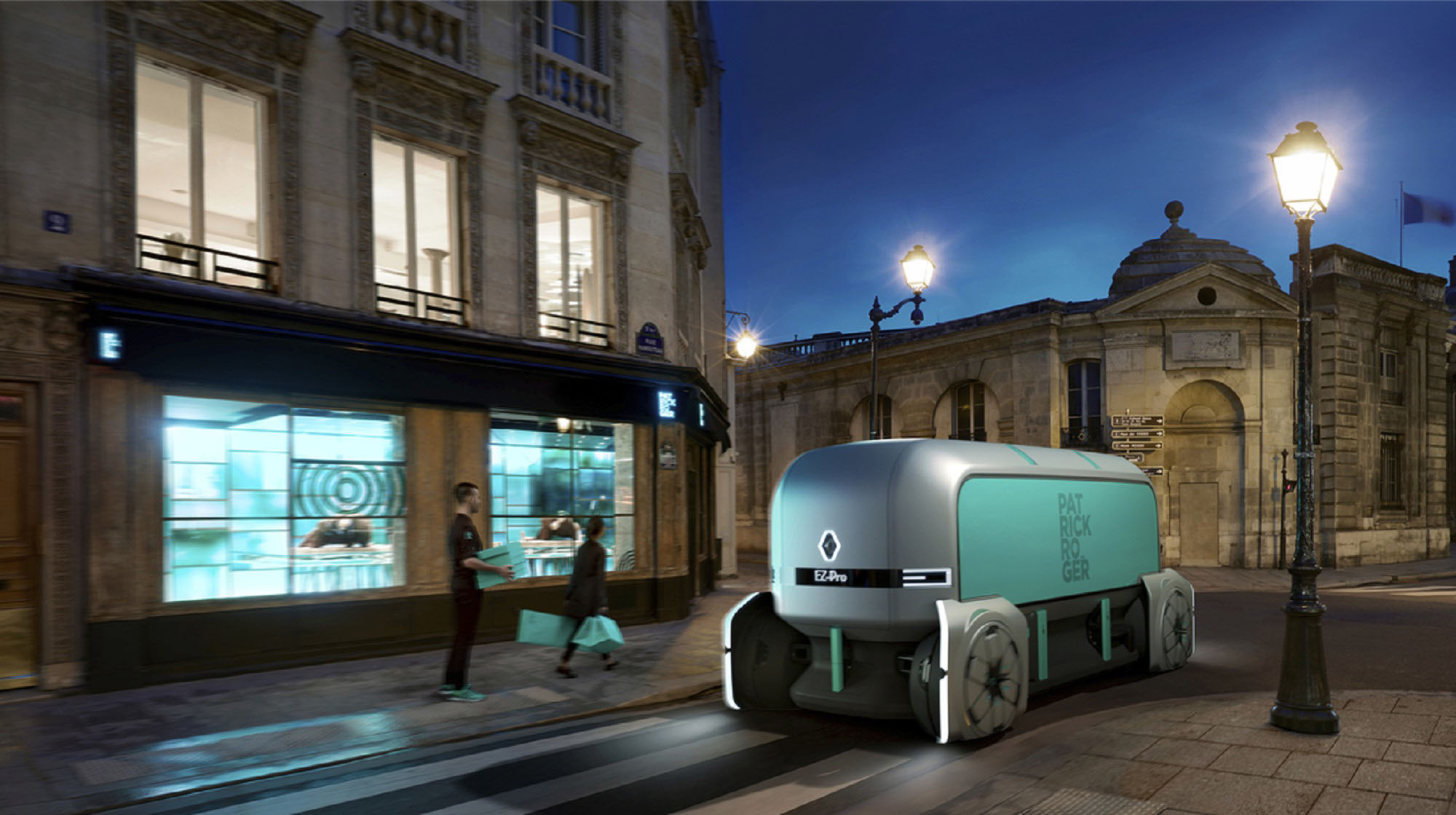 innovation
The cars of tomorrow will be electric… and self-driving! Autonomous cars are one of the major challenges in mobility revolution over the next few years, offering increased road safety and a drastic reduction of traffic. So how do autonomous cars for individuals work, what are their advantages, and how do things stand, technology-wise? Read on to learn more.
by Renault Group

What are autonomous vehicles?

Autonomous vehicles offer their drivers different modes, including ones that delegate driving to the vehicle itself.
First and foremost, cars will offer more and more driver assistance features. Then, as a second step, the combination and perfection of these features will eventually lead to more and more tasks being left to the vehicle.

How do autonomous cars work?

Autonomous cars need several important features. First, an array of sensors (radar, LIDIR, cameras, satellite positioning systems, odometers, etc.) combined with very high-resolution maps (even including road markings) in order to create a precise image of the environment and determine the vehicle’s exact position. They also need communication systems that enable them to exchange information with other vehicles and the infrastructure (traffic lights, etc.). Finally, they must be equipped with processing systems to analyze this information and make decisions, which are then implemented by a mechatronic system that handles steering, acceleration, and braking. Autonomous cars also have interfaces that are adapted for both interaction with the driver and communication with other road users.

The primary benefit of autonomous cars is that they are safer than vehicles driven by humans. The sensors have a more global vision of the environment, and the electronic systems can respond much more quickly than humans can. In addition, autonomous cars are not subject to fatigue or distraction.
The early stages of autonomous cars date back to the 80s, in particular with projects financed by the U.S. Army. It wasn’t until 2009 that the private sector became interested in the idea, starting with Google, followed by major automobile manufacturers around the world.

What are the different levels of autonomy?

While the term “autonomous vehicle” generally refers to a vehicle capable of moving around its environment without human intervention, complete autonomy will be achieved in stages. That is why, in 2014, the international Society of Automotive Engineers came up with a classification system to define the various levels of autonomy based on the system capacity and the level of driver interaction required.

At level 0, the human driver takes all actions necessary for driving.

At level 1, the vehicle is equipped with driving aids (ADAS) that can amplify emergency maneuvers (ABS, ESP) alert the driver to the presence of a danger (blind spot detection, lane departure warnings) or make driving more comfortable (adaptive cruise control, which respects a safe distance from the vehicle in front.) The driver is still responsible for their vehicle and has only very partial assistance.

At level 2, the driver benefits from driving assistance that includes steering and control of acceleration and braking. These features can include automatic distance control, keeping the vehicle centered within its lane by following road markings, and sometimes changing lanes after confirmation from the driver, who is responsible for using the turn signal appropriately. The vehicle can also stop and restart during traffic jams without driver intervention. The driver no longer needs to touch the pedals but must keep their hands on the steering wheel at all times and continue to supervise the driving. This is the highest level allowed by European legislation today, and is the level of the Nouvelle Clio, which has a Traffic and Freeway Assistant.

Level 3, also called “Eyes off – Hands off” is illustrated by the Renault Morphoz concept car. Starting at this level, the driver authorized to temporarily remove their hands from the steering wheel. They can delegate responsibility for driving to the car in certain situations, for example in traffic jams on expressways. The driver must, however, remain behind the steering wheel at all times and be prepared to take over control within a few seconds if the vehicle alerts the driver that autonomous driving is no longer an option, for example when the vehicle reaches the end of a freeway. Level 3 autonomy is not yet authorized in France but does exist in other countries.

At level 4, the driver is no longer required to supervise the driving of the vehicle. They remain inside the vehicle and can take back control at any moment, but the electronic system handles everything, and the driver is free to read a book or watch a movie. Level 4 will first be offered on freeways, where the vehicle is easier to control.

This is the highest level. There is no driver anymore, because the vehicle is capable of driving itself, parking, and going to pick up customers in the case of a robot-taxi. At this level, the vehicle is fully automated for all types of travel at all times. Level 5 autonomous vehicles won’t even need to have a steering wheel or pedals.

The advantages of driverless cars The main benefit of autonomous vehicles is increased road safety. 94% of accidents are caused by errors in driver judgement. According to a 2015 study by the McKinsey Institute, the widespread adoption of autonomous cars would save 190 billion dollars in medical and insurance costs in the United States alone! Autonomous vehicles would also offer mobility and independence to people with disabilities (blindness, deafness, etc.) The generalization of autonomous vehicles would also greatly increase the capacity of major roads by reducing the safe traveling distance required between each car, as the vehicles will be controlled by electronic systems. Improved traffic flow would also reduce energy consumption. Finally, the widespread use of autonomous cars would pave the way for shared “robo-taxis,” considering that personal vehicles spend 95% of their time immobile.

Renault is one of the most active manufacturers in the autonomous vehicle industry. For example, the brand with its iconic diamond logo has presented some very advanced concept cars that imagine a future in which shared autonomous vehicles have become the norm: the EZ-GO for daily carsharing, the EZ-ULTIMO – a more elegant, luxurious carsharing option – and the EZ-PRO, an autonomous delivery vehicle designed for last mile logistics.
An example of what can be expected in the nearer future, the Symbioz is an autonomous concept car that can drive at speeds of up to 130 km/h on the freeway and pass through toll booths without human intervention. Renault has also conducted trials in France in actual driving conditions, with on-demand autonomous car services in Rouen and on the Paris-Saclay urban campus.
Lastly, the Renault-Nissan-Mitsubishi Alliance announced that 40 vehicles with level 2 (partial automation) driving technology, including 15 Renault models, would be available on the market by 2022. This technology will be available on 2020 models of the Clio, the Captur, and the Espace.

What is the future of autonomous vehicles?

As previously mentioned, autonomous cars won’t be ready immediately: there will be a progressive deployment of automated functions, as well as increasing connectivity within the vehicles, between vehicles, and between the vehicles and the road infrastructure.

Though not yet authorized in Europe, level 3 cars are being developed by the Renault-Nissan-Mitsubishi Alliance and are expected to be allowed on the roads in the foreseeable future. But to go further, regulations must evolve. It will be necessary to establish conditions for the cohabitation of vehicles with automated functions and other road users, from “traditional” cars to motorcycles, bicycles and pedestrians. Regulations that will allow level 3 vehicles on the roads are currently in the works. A legal framework should be defined in Europe in the next 2 to 3 years.