Renault innovation : one pedal to park

Innovation has been at the heart of everything we do at Renault since the brand was born over a century ago. Over the decades, Renault engineers have consistently sought to conceive and develop solutions to make driving more comfortable, practical and safe. With the One pedal to park invention, system project leader Jong-Hoon and algorithm engineer Pape follow in this tradition of transforming an obstacle into a strength.

PAR MAEVA PICHOT
It was in 1898 that Louis Renault filed the patent for the direct drive gearbox. A few weeks later, along with his brothers Marcel and Fernand, he set up the company Renault frères, marking the start of an incredible manufacturing journey in which the brand’s engineers are constantly encouraged to surpass themselves to innovate. And that’s certainly something Jong-Hoon and Pape know more than a bit about! Tasked with developing the Advanced Park Assist system, they needed to find a solution to see through their project after an all-out ‘war of the buttons’ broke out due to a development that was completely out of their hands just two months before the end of the project. 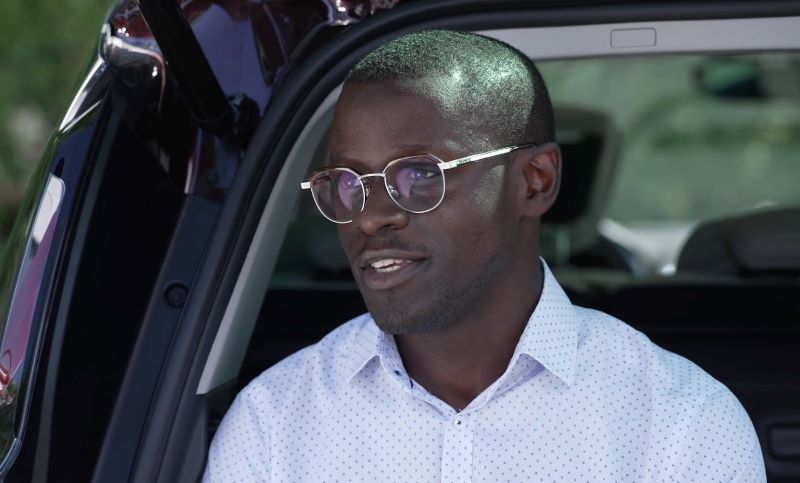 The button, which was central to our innovation, was assigned to another project. They basically just took it from us. 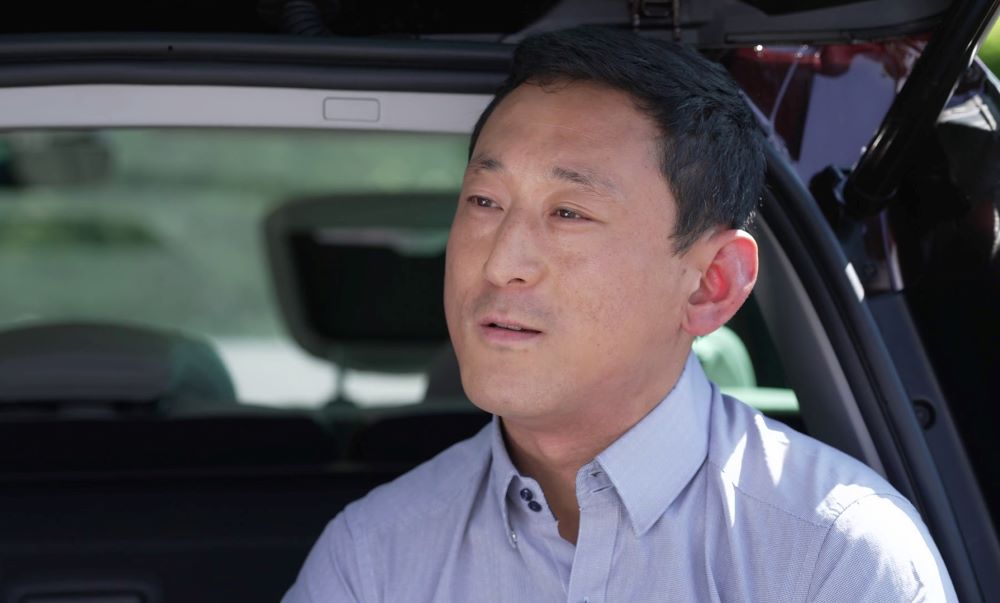 It’s simply unheard of to change concept in just two months! Yet, we did it!

For many years now, Renault has been equipping its vehicles with driver-assistance systems to make it easier for people to park their vehicle. The first step in this direction came in the 1990s/2000s with the parking sensor, firstly for reversing at the back of the vehicle, then we added the system at the front as well. “You no longer needed to get out of the car to see if there’s still space left to park,” smiled Pape.
A few years later, the rear parking camera, and sometimes even a 360° camera offering a ‘bird’s eye view’, came in to complete the parking assist systems. “In addition to the beeping noise, drivers now got to see the position of obstacles displayed on the multimedia screen fitted on the car’s dashboard,”
When Easy Park Assist was first fitted on the Espace 5 in 2015, “we entered a new era,” said Pape. When the driver activates the option, the vehicle finds a parking space in which it will fit and calculates the steering itself, taking control of the wheel, leaving it up to the driver to simply control the vehicle’s acceleration, braking and gear changes from reverse to drive as well as the hand brake.
When the Espace was restyled in 2019, Renault decided to go even further in automating parking by designing its own park assist system that takes control of the entire car to complete the manoeuvre, from finding the space to turning off the engine. This Advanced Park Assist system would replace Easy Park Assist.
This ambitious enterprise was entrusted to two of our most promising engineers. Jong-Hoon, driver-assistance system project leader, was tasked with coming up with the idea for the system, while Pape, driver-assistance system algorithm engineer, was the one chosen to make it happen.
They did have one major constraint to work around – the system had to fall under the category of driver assistance and not bleed into a full delegation of control. This meant they needed to make sure the driver remained engaged throughout the entire duration of the manoeuvre.
Nothing could have been easier for Jong-Hoon and Pape! They came up with the idea of a button that the driver would need to press and hold. “All the driver had to do was hold the button down to start the manoeuvre. They could let it go if there was a problem and press it again to finish parking,” explained Jong-Hoon. As luck would have it, there was space available for the button on the central console, as the cruise control/speed limiter button had been moved to the steering wheel. The new button could be positioned conveniently on the central console, where the driver can easily activate it with their elbow resting comfortably – ideal for a manoeuvre that can last several dozen seconds!
However, that didn’t take into account the introduction of another feature, the Autohold electronic parking brake, which was reassessed and deemed to take priority over the Advanced Park Assist system. Just a few months before the car was scheduled to be released, Jong-Hoon and Pape’s project was in pieces. Their initial solution of the button to focus the driver’s attention was no longer available.

Shifting from button to pedal

Now the button, which was essential to keep the driver engaged and ensure the feature was suitable for use, was no longer available, the project seemed destined to be abandoned. But you can never overlook the determination and creativity of our two engineers!
Jong-Hoon and Pape first thought about adding another button, but it was too late for that, especially because it had been decided that the new Espace should boast a less cluttered central console. They also briefly considered placing the button to activate the Advanced Park Assist system underneath the multimedia screen, but holding the button down with your arm outstretched throughout the entire parking manoeuvre would not have been very comfortable. The only alternative was to find another way to maintain contact... which is when they came up with the solution of using the accelerator pedal!

We very quickly agreed that using the accelerator as point of contact seemed the most appropriate solution. It enabled us to keep the driver engaged and could be used in just the same way as the button. All the driver needed to do was keep their foot on the pedal to activate the manoeuvre and let go to stop.

The vehicle was due to be released soon, so they needed to act fast. Jong-Hoon and Pape started developing the prototype and quickly moved on to trialling demonstrations in-house. They were working fast, but effectively. Their solution, named One pedal to park, captured people’s imagination, won them over and brought them on board! Certain customers were invited to test the innovation and their feedback was more than positive! “We conducted user trials that brought back very positive results highlighting just how easy the system was to use,” said Pape.
The pedal solution was developed in record time – just two months was all it took! “It’s simply unheard of to change concept in just two months! Yet, we did it!” In normal circumstances, you would need about two years to develop this kind of innovation,“ explained Jong-Hoon.
The patent was filed immediately. The system architecture and operation were attributed to Jong-Hoon, and the algorithm to Pape.
Yet the true source of satisfaction was that the pedal solution is even better than the button. Firstly, because it is easier to action. The driver does not need to find the button to be able to activate the manoeuvre, and using the accelerator feels more natural. Secondly, because it is safer. If there is a problem, for example if a pedestrian or an animal decides to walk behind the vehicle, it is instinctive to take your foot off the pedal. And thirdly, because the system is enriched. The speed of the manoeuvre can now be controlled by the driver themselves. Previously, the speed was defined by the system, irrespective of how the driver pressed the button. With the Advanced Park Assist system combined with the One pedal to park solution, drivers can now control the speed of the manoeuvre up to 7 km/h. Furthermore, while before you had to wait until the vehicle had come to a complete standstill to start the manoeuvre after an interruption, it is now possible to resume ‘on the fly’.

Using the pedal enabled us to go further than the button, moving from an on/off function to progressive control. It’s been a bit of a bumpy road, a real challenge. But everything that happened led us to develop a solution that is even better than our initial idea.

Being faced with adversity spurred Pape and Jong-Hoon to make the driver assistance system they were tasked with developing even easier to operate. The system was deemed so complete and practical in the Espace that it was applied exactly as is in the New Mégane E-TECH Electric, offering explicit recognition of their work. Both invisible and intuitive, it perfectly suits the minimalist, streamlined interior of the new model.
The innovation developed by Jong-Hoon and Pape illustrates the powerful creative force building Renault’s intellectual property portfolio and the ability of its employees to innovate.
At the 2021 Renault Frères innovation awards, where this invention was celebrated, Luca de Meo recalled: 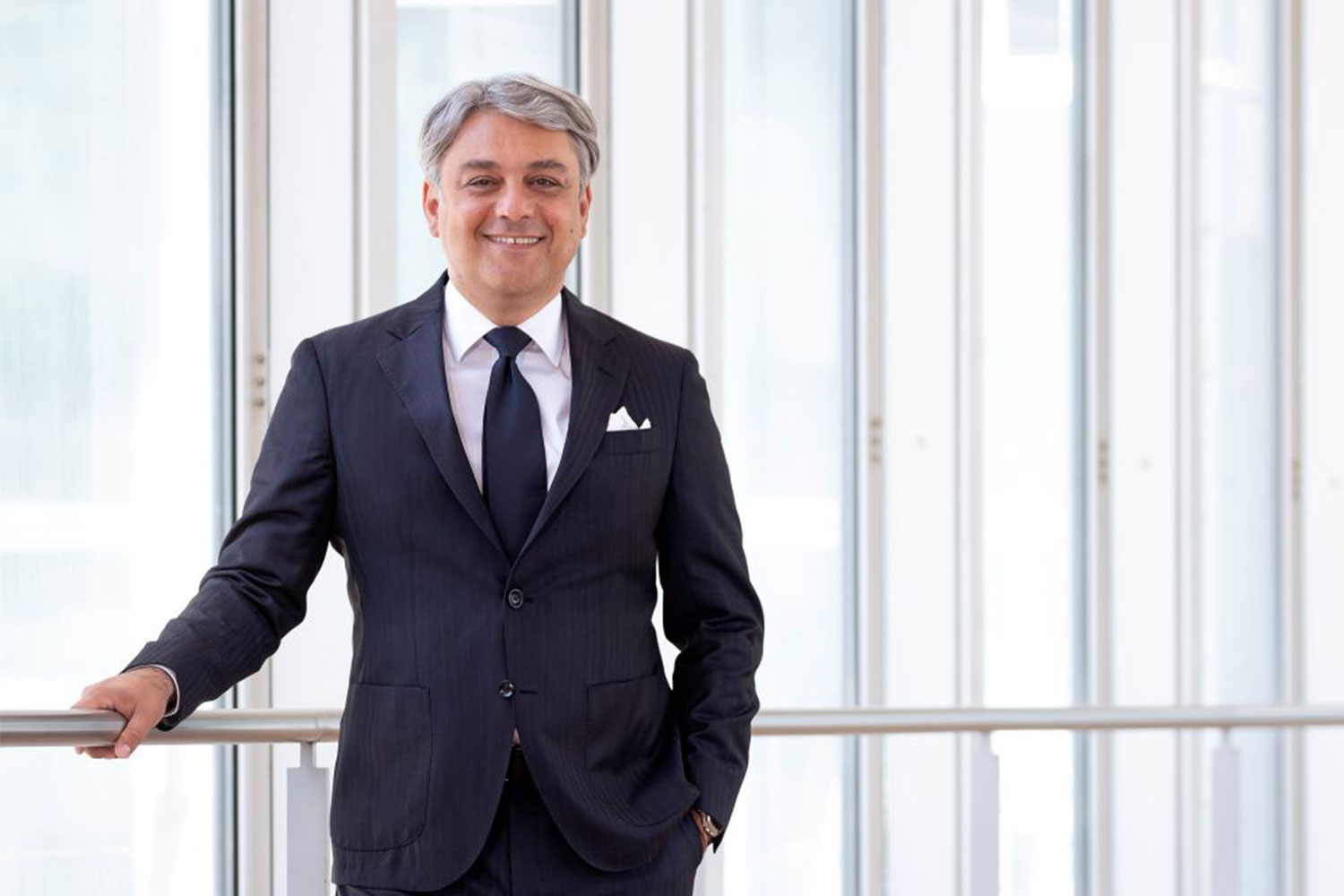 At the heart of our Renaulution strategic plan is the desire to make our company a true Tech company and offer our customers the best-connected services and high-tech onboard our vehicles. We are in the process of moving into the automotive 4.0 era, infused with artificial intelligence. To make our cars even better every day, we are strengthening our expertise in user interfaces, big data, service platforms, operating systems, cybersecurity, connectivity, and energy transition. To do this, we can rely on our internal resources and expertise. Our vehicles and services are distinguished by intelligent solutions that transform the experience of customers and convey emotion and driving pleasure to them. 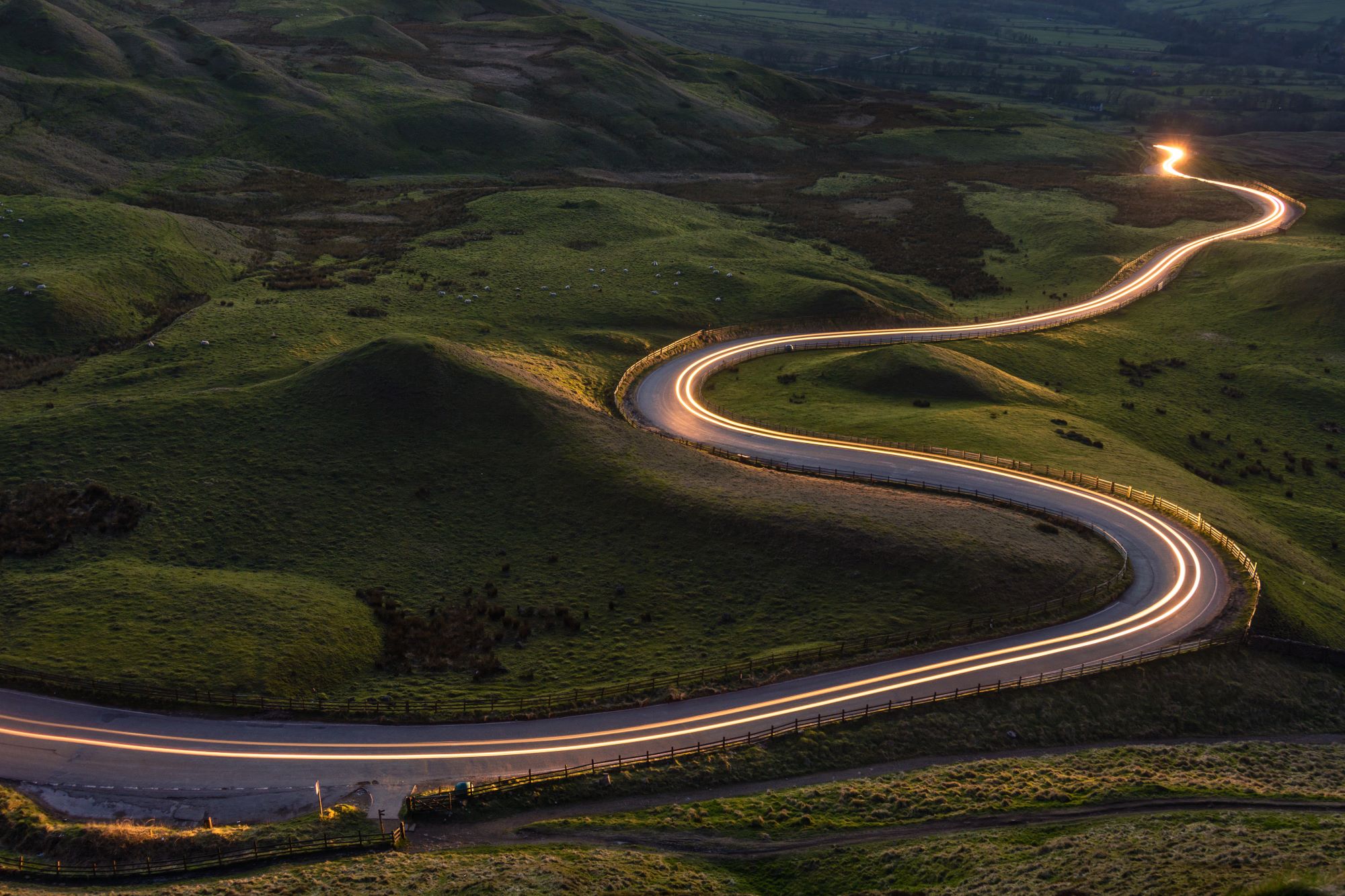 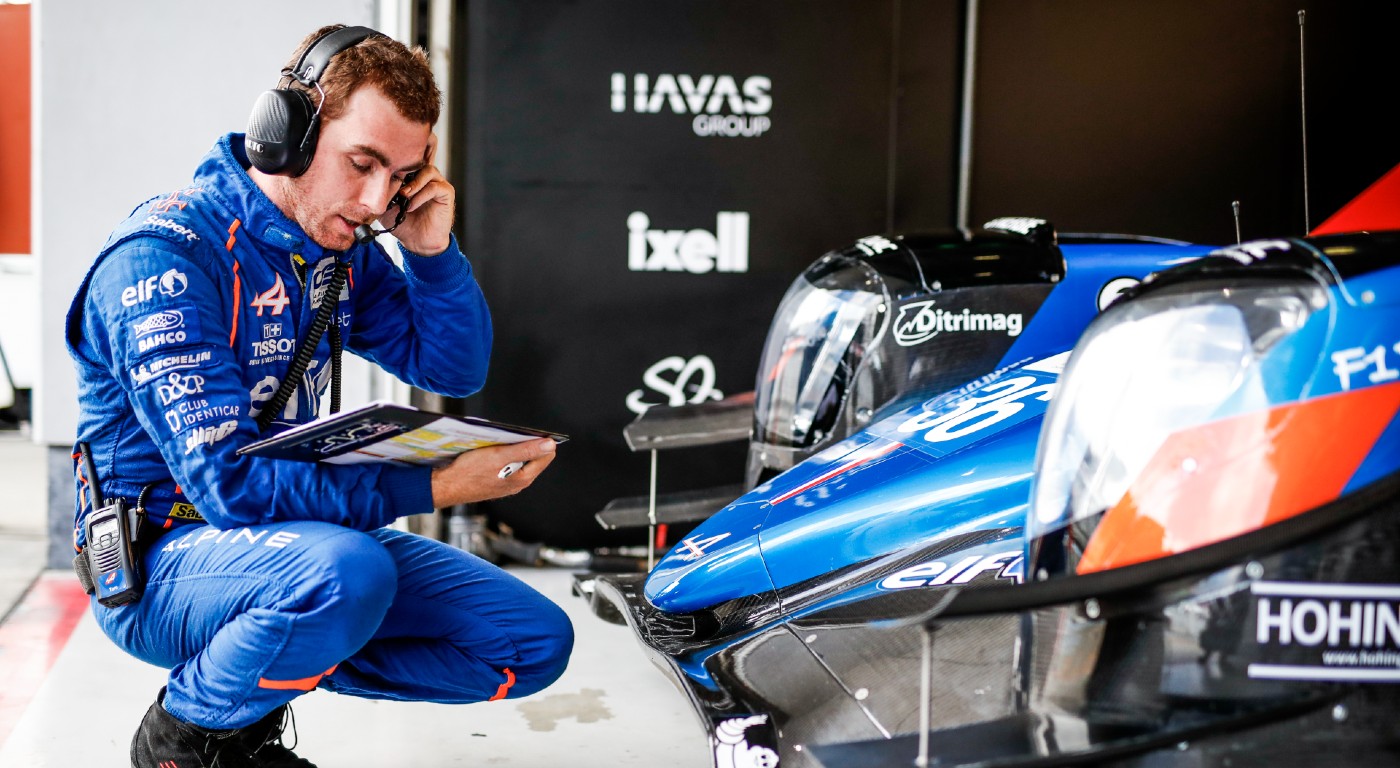