Motor sport and Renault Group go hand in hand. The company's motor sport know-how has resulted in great sporting achievements, technical prowess and unforgettable memories. Are you ready to learn about an adventure where passion fires on all cylinders? Let’s go!

F1, the driving force for innovation

Formula 1 is the beating heart of Renault. A 100% Alpine-owned team where passion for competition reigns. Discover how technological explorations in motor sport have set the pace for efficiency in car manufacturing. 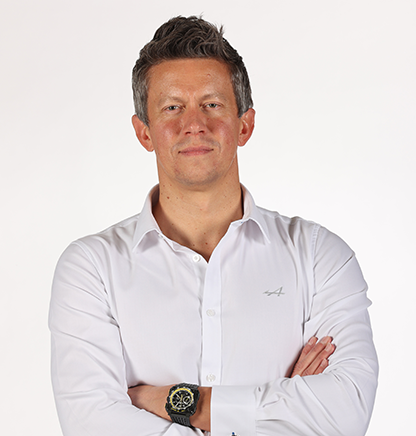 Working under pressure for results is essential to produce the best car for the drivers.

An entire team at the wheel

When you see the Alpine F1 Team race, you should think about the entire team, not just the driver of the car. The management of this exceptional team are constantly breaking their own records for agility. A deep dive into a world of millimetres. 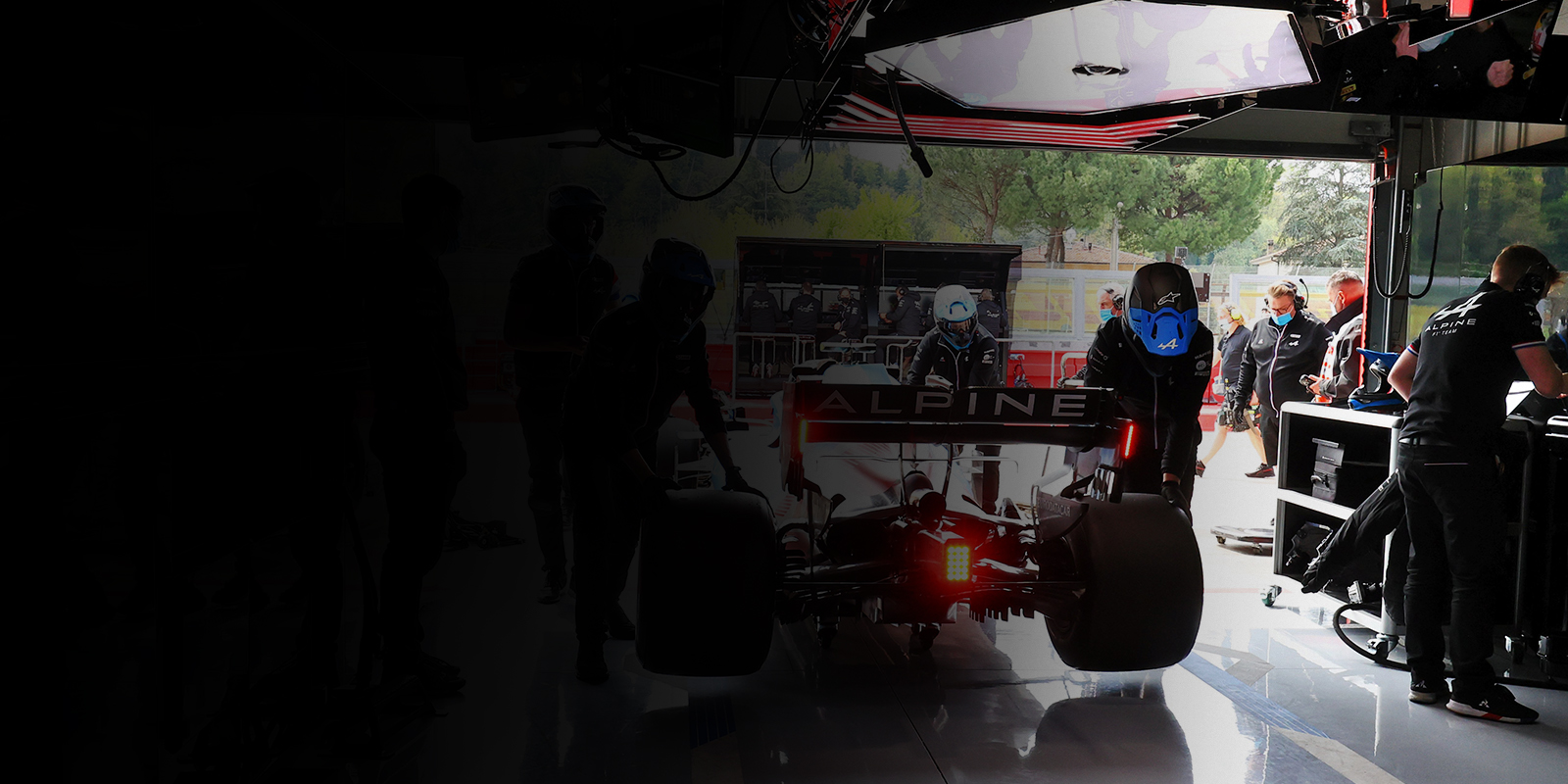 There would be no results without a team of the best engineers, mechanics and drivers. “Best” means expertise, of course, but it also means synergy. The team are like a family, meeting more than a hundred days per year on tracks. Year-round, the team advances with short-term objectives like the next Grand Prix, but they also work towards mid-term objectives, like the development of the next Grand Prix™ single-seater. Explore all possible scenarios. Practice to perfection. Expect the unexpected. In other words, a long roadmap with constant pressure. 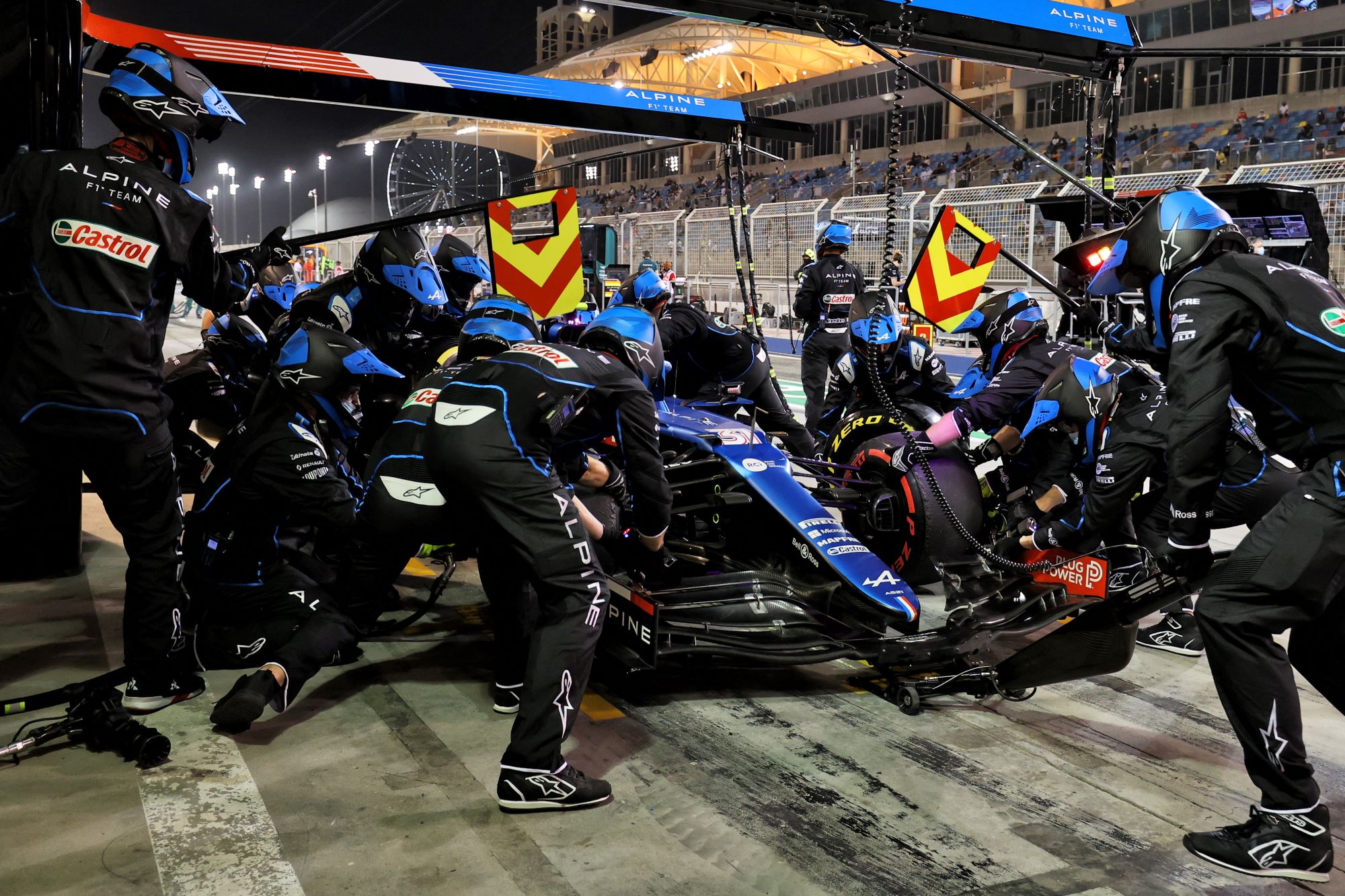 On the starting line

It's time for concentration in the paddocks. Everyone knows what they have to do. The start of the race is fast approaching. The team and the driver are one. Everything is under control. If they stick closely to their racing strategy, they should be capable of reacting in record time to the slightest unexpected event. The team have been analysing the 50 billion items of data captured by the 200 sensors on the car. Shortly, all of the work done by the 1,200 people at Alpine F1 Team will be translated to the circuit. With a cool head and team spirit, the team is ready to go. 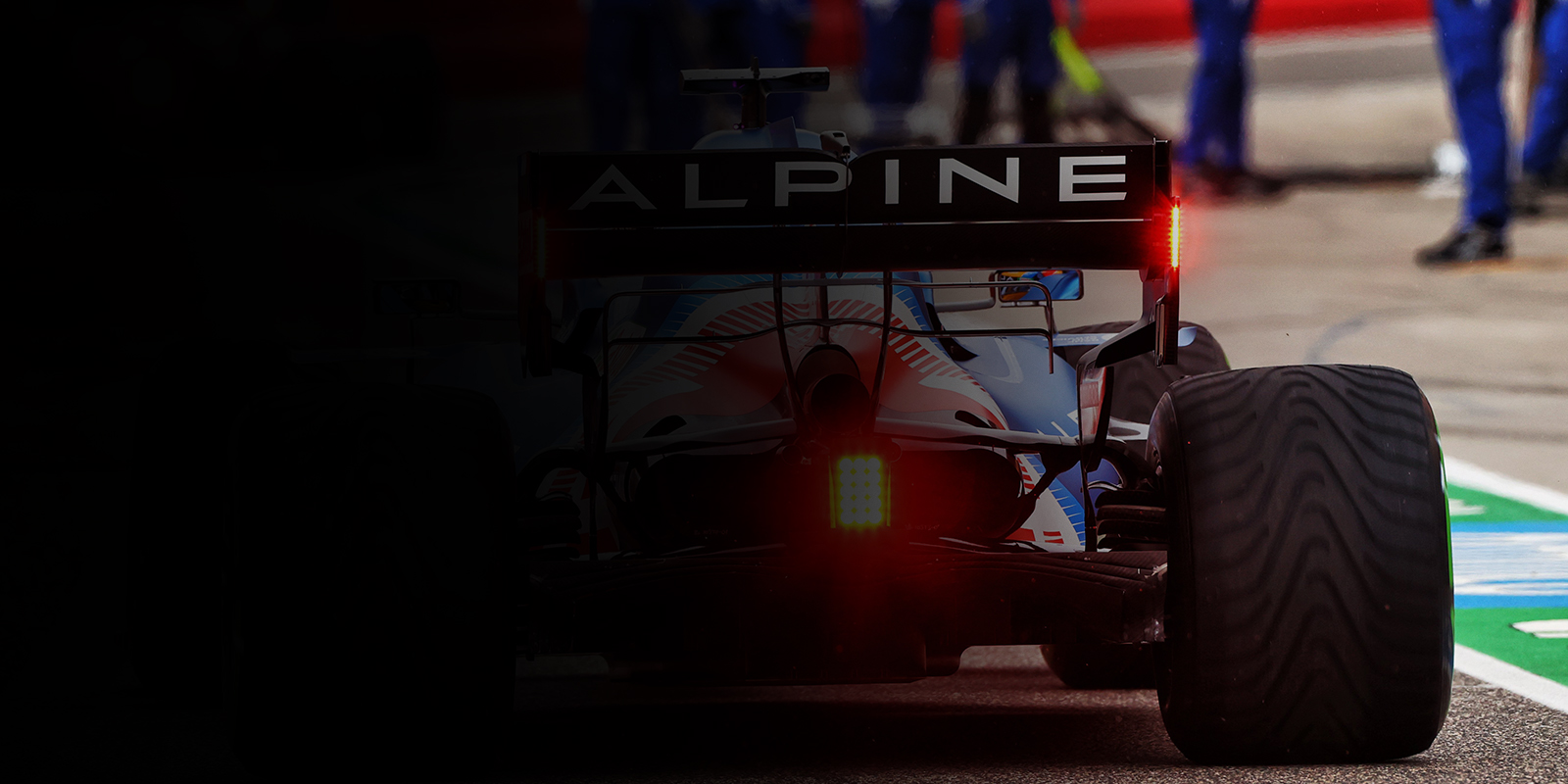 The single-seater is smoking on the tarmac. In less than 3 seconds, the 15 people are on standby in the pit— they have less than three seconds to change four wheels. In admirable silence and with not a second wasted, the wheels are removed and replaced. The team acts like a single body with several arms and multiple skill sets. This is a technical and human feat that equals the driver's efforts during the race. An agile management performance! 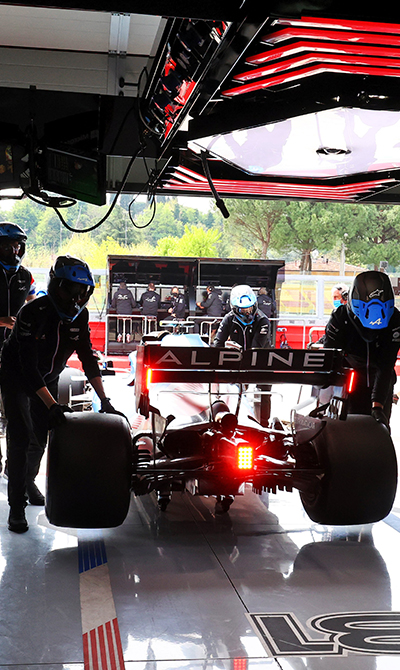 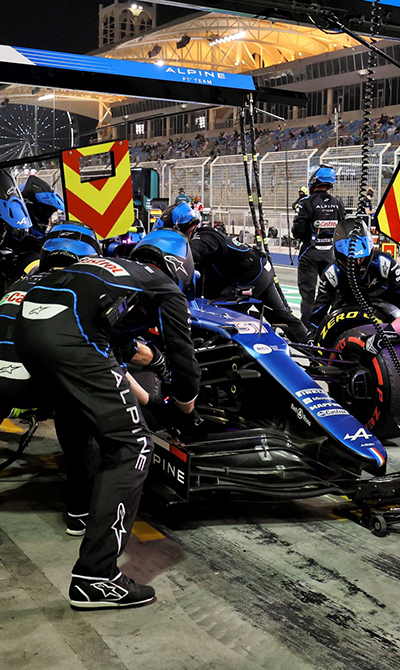 On the starting line 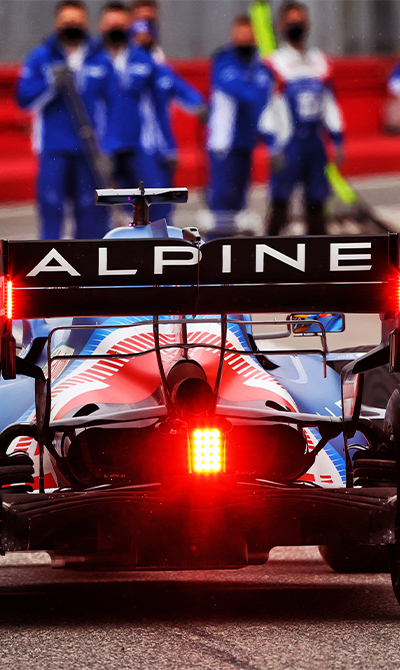 From the track to the road

Formula 1 is like a laboratory for innovation, ensuring a head start across the board. It allows Renault to benefit from cutting-edge engineering technologies. How does F1 inspire production vehicles?

Renault’s hybrid engines start with passionate engineers. Their research in energy management is focused on performance and the cumulative power of combustion and electric engines. The electrical energy is then recovered and used according to the conditions of the race. For example, electric motors are involved in braking in the single-seater.

Some of the engineers who developed the hybrid power unit for our F1 car are now involved in the development of E-tech engines for Renault production models. Their energy management strategy is based on optimising consumption and CO2 emissions. Renault Group's experience in Formula 1 also allows the company to offer drivers a sports mode for "driving leasure" and a braking mode with an even more efficient regeneration.

Decisions are made quickly and the objectives are clear— solutions are required in the moment. Welcome to the agile ‘. Even critical situations are resolved by effective working groups. From slimmed-down validation processes to simplified decision-making procedures, Alpine F1 Team is designed for efficiency.

Is there a method specific to F1? On the contrary, agility is developed and then shared openly. Renault’s engineering is constantly evolving, inspired by our F1 team’s working methods aimed at continuously improving efficiency. This collaborative exchange directly benefits production vehicles.

Sensors are in place to monitor consumption, pressure, temperature and different systems. This data is entrusted to our engineers. Everything that happens in the heat of the F1 race is now processed. In the future, machine learning will even make it possible to optimise the time required to make decisions during a race.

And what difference does that make to you? Like in F1, the engines of tomorrow's cars will be under a lot of surveillance! The goal is better preventive maintenance. In the future, you will be able to drive with complete peace of mind as engine conditions and battery life will be predictable and optimised.

How can we respond to the constraints of test-track trials and the limited number of hours in the wind tunnel? By using aerodynamic, mechanical and thermal simulation models. Virtual or augmented reality and artificial intelligence are also being explored in depth by the Alpine F1 Team in partnership with Microsoft.

Is this technological advance reserved for the Viry-Châtillon and Enstone plants? Far from it!
Our engineers are preparing to use these technologies in areas like safety and maintenance validation operations.

The hybridization of Clio E-tech inspired by F1

You’ll notice its lively acceleration, very low consumption around town and unequalled versatility, but above all, the New Clio E-TECH is a true scion of F1. Let’s take a look under the bonnet, some gems of modern technology await.

The keys of performance

If you’re curious about the secret behind Alpine F1 Team's excellence, read on for a detailed walk-through. Get into the mental state of our drivers. Get an insight into our drivers' mindsets. Take note of our mechanics' skills. One pit-stop later and, with our Formula 1 record, you will have seen for yourself the passion that has driven Renault Group since the very beginning.

The key players in our success story

Viry-Châtillon, Enstone and our Guyancourt Technocentre all have one thing in common: sheer determination. Drivers, engineers and technicians constantly interact with one another. Take a look at the work of our coordinated team. 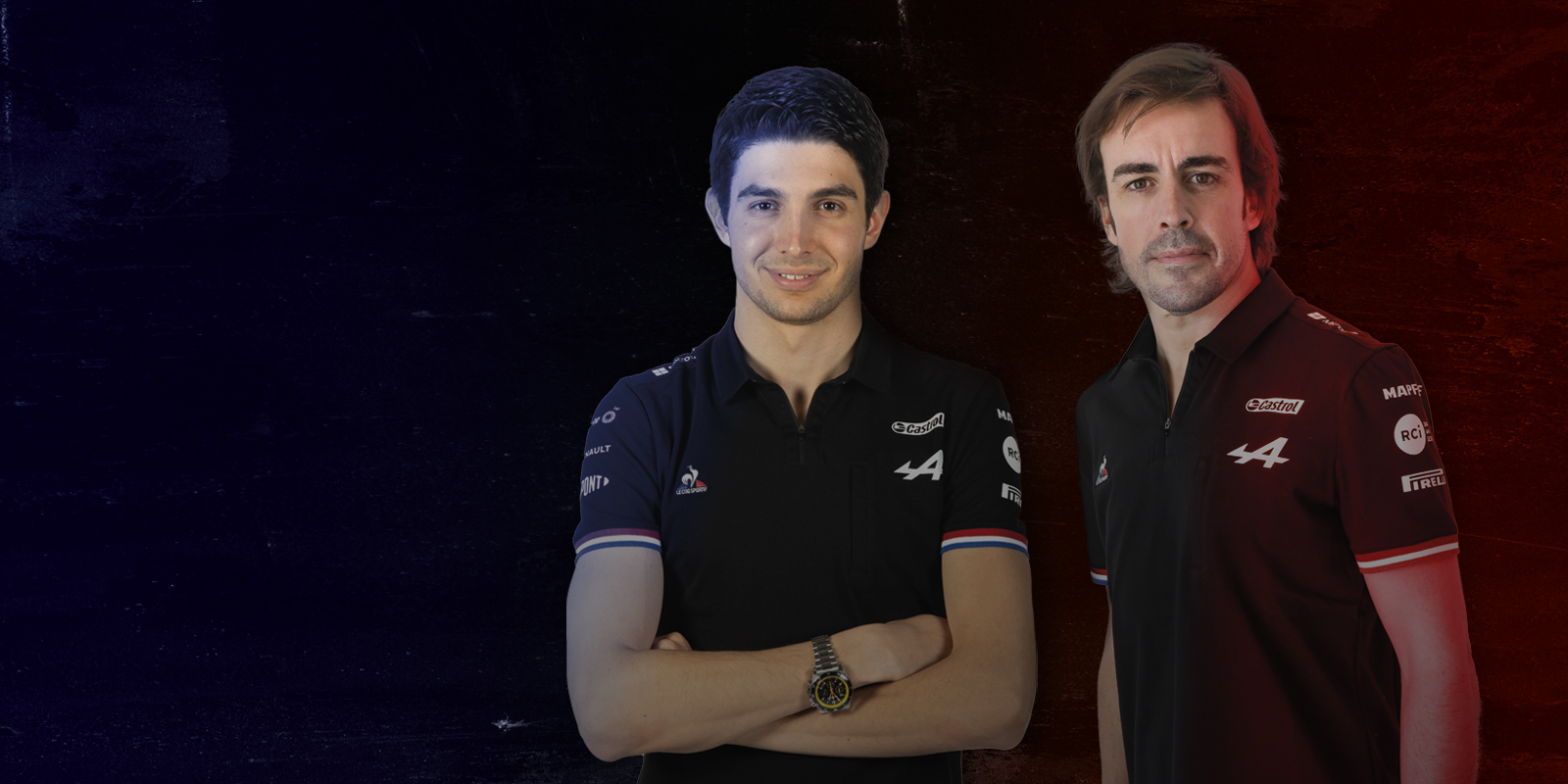 You might only see their list of wins on the track, but our drivers are as much involved in the race as in the development of their single-seaters.

Esteban is well known to the Renault family having spent the 2016 season as the team’s Reserve Driver, and, prior to that, was part of the Enstone-based Lotus junior programme during which he won the FIA European Formula 3 title in 2014. A year later Esteban won the GP3 Series crown.

Legendary two-time Formula 1 World Drivers’ Champion Fernando Alonso returns to the Formula 1 grid and Alpine F1 Team in 2021, twenty years on from making his debut in the sport. Fernando is one of the most experienced and successful drivers in Formula 1 history, with  32 race wins to his name. The Spanish driver is synonymous with the team’s history in Formula 1. During two prior stints with Renault F1 Team from 2002-2006 and again between 2008 and 2009, he claimed 17 wins, 41 podiums and two World Formula 1 Drivers’ Championships, making him the most successful driver in the team’s history." 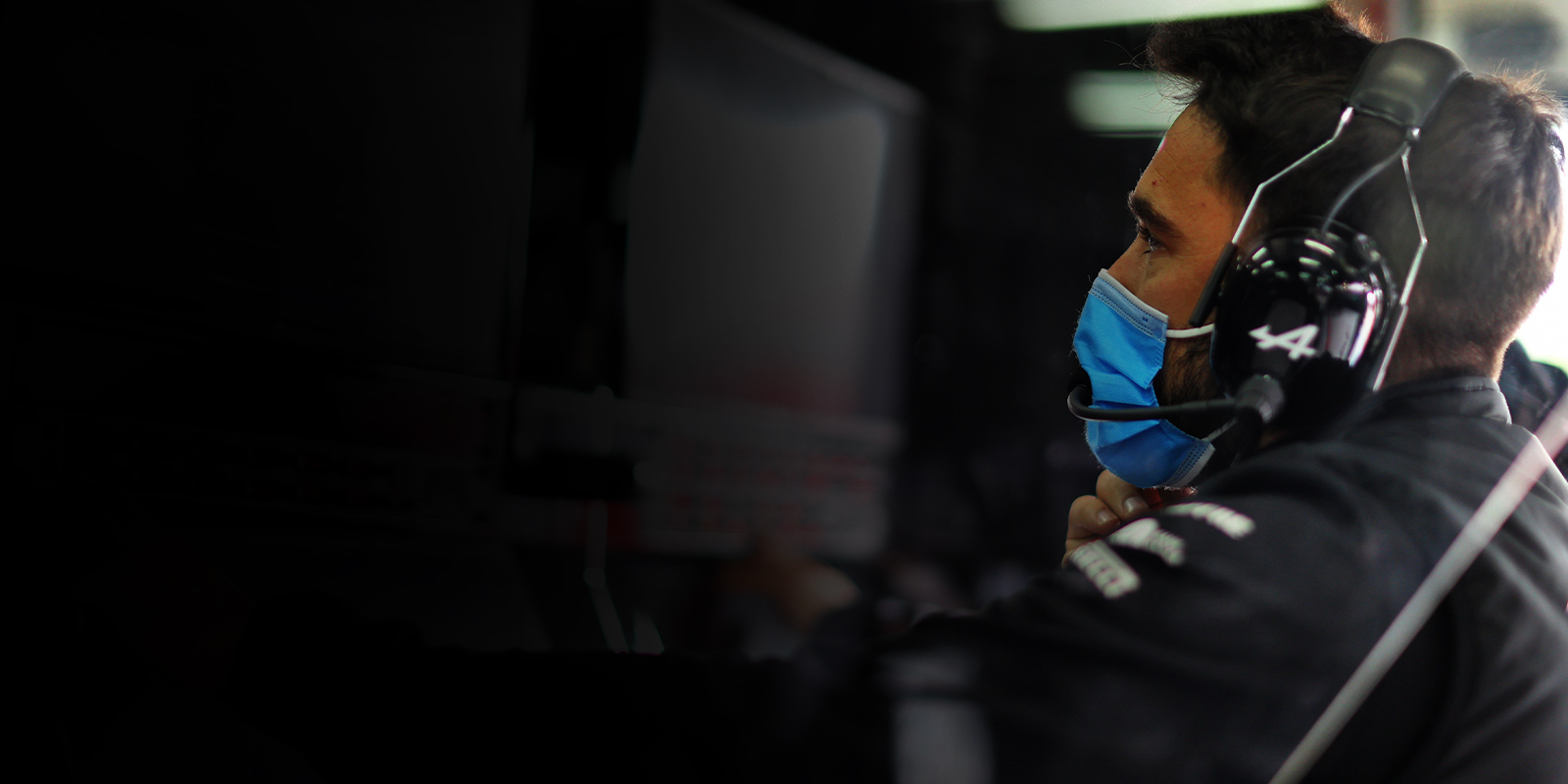 The two brains behind the operation

Meet the key staff in the Alpine F1 Team. You might have great admiration for the driver, who fuses seamlessly with their R.S.19, but do you know about the mechanics behind the scenes? Let's go to Viry-Châtillon, where the Alpine F1 Team's engines are developed and assembled and to Enstone where the single-seater is designed, assembled and tested. The Technical Advisor, Sports Director, Race Engineer and Engineering Director all share the same passion: innovation for excellence. The driver’s feedback is invaluable for technical improvements. The engineers at our sites are on a constant quest for innovation, embodying the technical performance of the team.

Training and teamwork are the essential ingredients for a well-oiled operation. Discover Alpine F1 Team "Racing Spirit". The end results of weeks of work come to life during race weekends. On the ground, approximately sixty employees are in constant contact with their colleagues in Enstone and Viry-Châtillon. In less than a second, they remotely analyse the data transmitted by the single-seater's sensors. On-site, the well-drilled team reacts to stress with maximum efficiency. Adjustments are made in record time. Agile management is on full display. 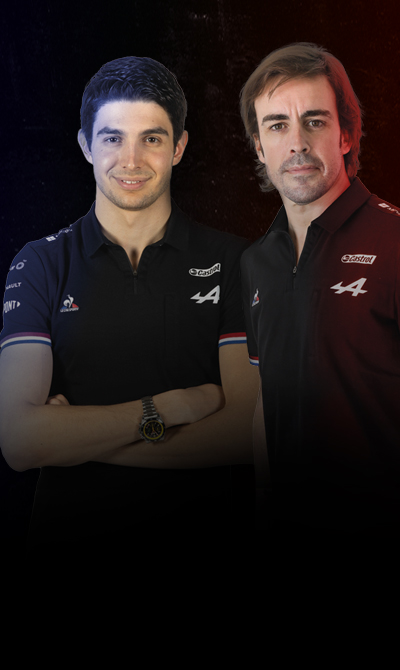 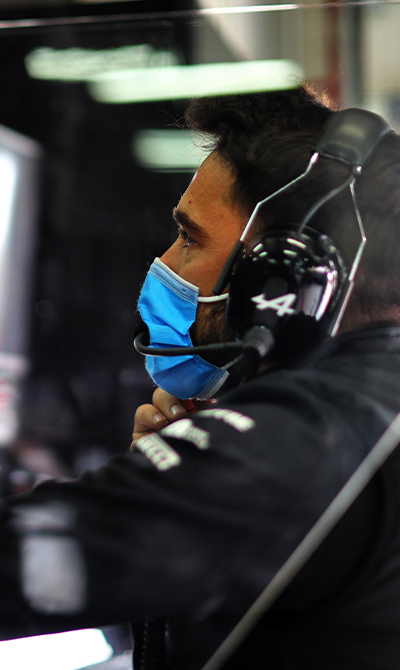 The two brains behind the operation 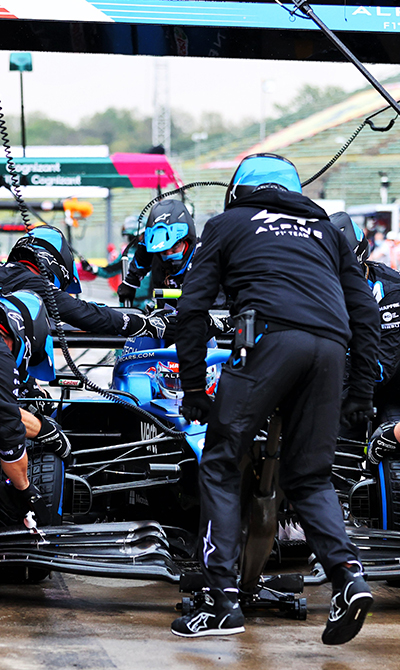 40 years of technological progress separate the R.S.01 and the 2021 single-seater.

Since the brand's creation, Formula 1 has been part of Renault's history. A place in sporting history was guaranteed thanks to the legendary engine! Let’s take a look back.

Take part in the race

Motorsport for Renault means so much more than F1. Read about our other commitments to motorsport. Who knows? You might even get hooked on one of these disciplines.

Competing in the FIA WEC World Endurance championship's top category, the A480 will be driven by Nicolas Lapierre, André Negrão, and Matthieu Vaxiviere. The A480 is a prototype built on a chassis developed by Oreca. 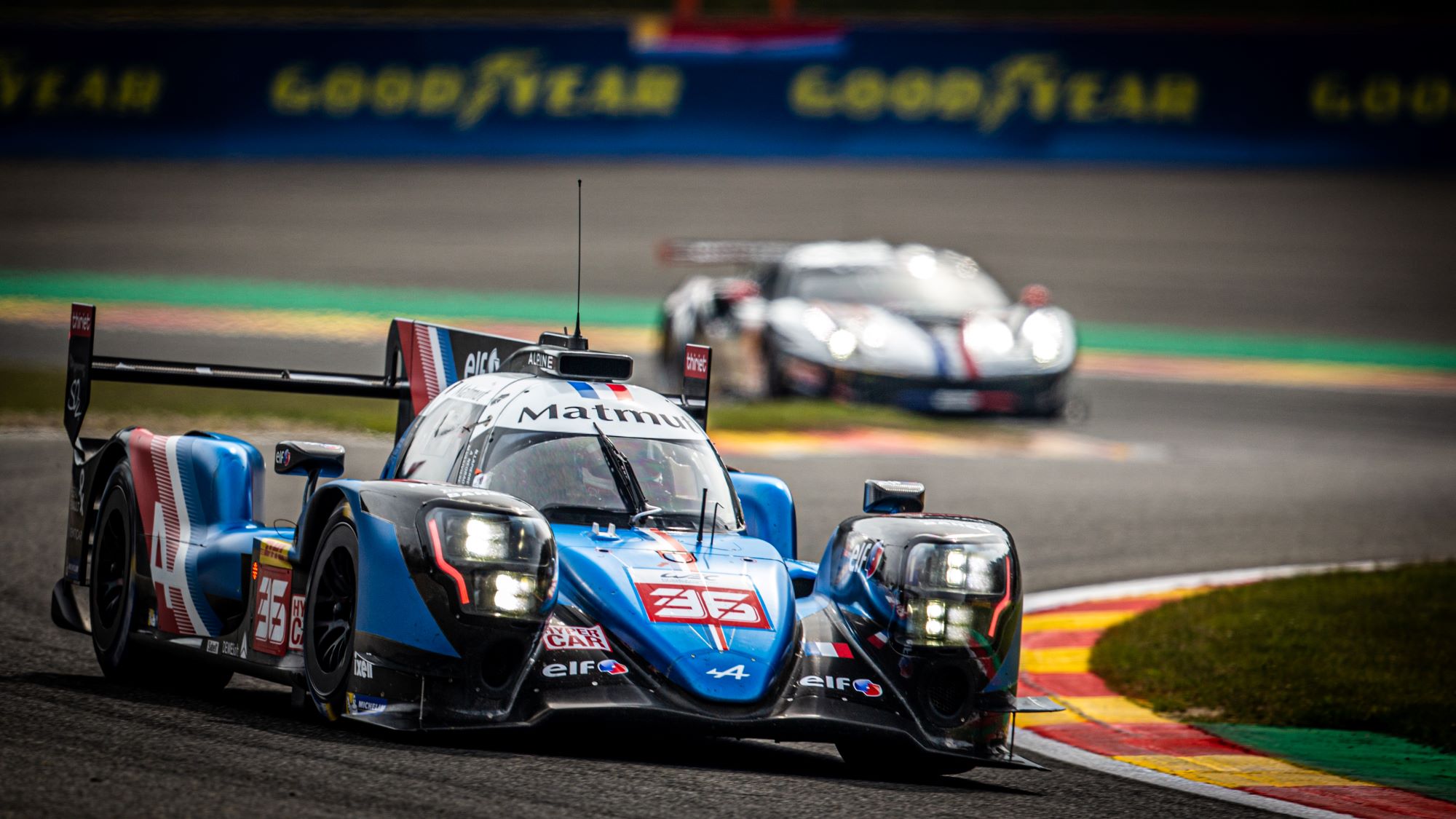