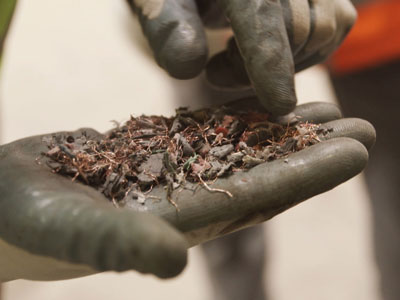 5th June, World Environment Day. As a pioneer in the circular economy, Renault shows how a dramatically different approach to car-making is good for the planet, and good for business. Ellen MacArthur, solo sailor turned circular economy advocate, approves.

What is the circular economy?

Basically, the circular economy is the ultimate recycling programme, where ideally nothing goes to waste. For the new wave of economists and business analysts, it’s a new growth model that allows two previously incompatible factors to coexist: the stakes of economic growth and environmental challenges.  It’s about dealing with issues such as dwindling raw materials and volatile price fluctuations, without making the wrong compromises.

In the circular economy, we think of waste products as a resource. We dismantle old unusable vehicles, to transform parts and materials so they can be used again (and again) to make new products.

Nothing goes to waste in a natural cycle. Everything is reused, composted or digested. Likewise, a manufactured product like a car can be made at a minimum cost in energy terms by integrating the car itself into the ongoing production process. Instead of planning for disposal at the end of the product’s life, we plan to reuse, repair or re-manufacture. The last generation and next generation of car become part of the same circular production process. To formalise its commitment to the circular economy, Renault is one of the few corporate sponsors to have helped establish the Ellen MacArthur Foundation. Started by renowned British sailor Ellen MacArthur, the Foundation works to accelerate the transition to a circular economy. It estimates that moving to this new model could be worth up to US$630 billion for Europe alone.

So clearly, as well as helping to deal with dwindling resources, global warming and air quality, the circular economy presents an irresistible financial incentive.

This year, Renault is going further than ever before to reduce its environmental impact. Beyond drastically cutting the carbon footprint of each vehicle produced, Renault is looking at the whole life of the vehicle. Already, you can drive a Renault Espace that is 90% recyclable. In fact if you consider any vehicle in the Renault lineup today, you will find it is made from 30% recycled materials, a figure set to rise to 33% by the end of 2016.

Yet the circular economy requires us to go even further. So Renault is leading the way, for example, in repairing and reusing products. Ellen MacArthur saw this in action herself at Renault’s factory in Choisy-le-Roi, France. Here, parts from old cars are removed and made useful again.  As Ellen MacArthur writes: “When a re-manufactured gearbox leaves Choisy, it contains an average of 75% pre-used but tested parts. When an engine leaves Choisy, it contains 38% pre-used tested parts.” > Read about it in her own words

In a similar vein, Renault is investing in car recycling with its subsidiary INDRA, which dismantles “end of life vehicles”, using them as a resource for spare parts, and further recycling of components and materials.

For a future worth having

These days, stakeholders and shareholders know that a responsible attitude is mandatory. Today, Renault is taking the next step, proving that its circular economy approach is actually a competitive advantage. According to the new logic: if it’s good for the planet, it’s good for business.