The range of Renault ZOE 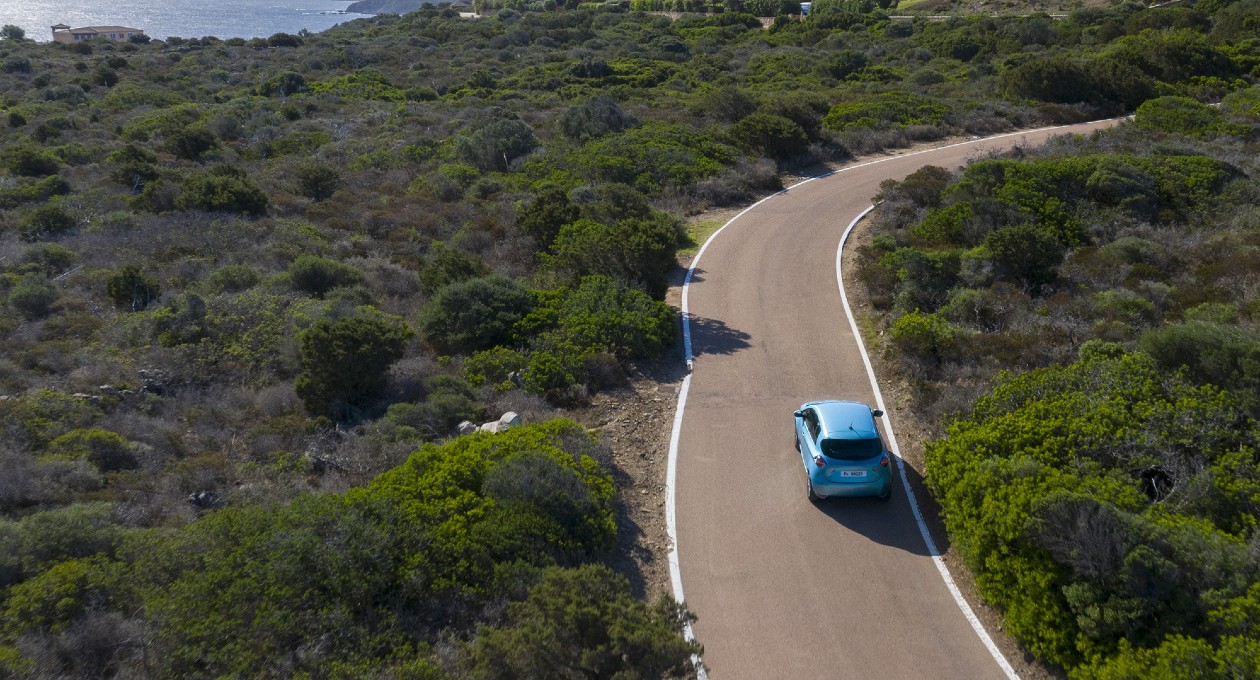 Renault zoe
Renault ZOE was Europe’s biggest-selling electric vehicle in 2020, and a new version was launched in 2019. On this latest model, fitting a higher-capacity battery has extended the electric vehicle’s range even further, for increasingly longer journeys without recharging
by Renault Group

How do you calculate the range of your Renault ZOE?

The most important information needed in order to work out the range of a Renault ZOE is the capacity of the electric vehicle’s built-in lithium-ion battery. The number of kilowatt hours determines the energy reserve needed to power the Renault ZOE’s motor and the onboard equipment that comes with this kind of car.

In addition to the amount of electricity available, the range of a Renault ZOE depends on the driving style and weather conditions. By braking gradually and slowing down gently, the kinetic energy recovered is converted into added range.

The range of Renault ZOE in winter

The range of an electric vehicle also varies depending on the ambient temperature. On hot summer days it can drop by 5% due to air conditioner use. The winter range of an electric car is around 40% less than in milder weather: 240 kilometers WLTP on Renault ZOE, for example.

But there are a few smart ways to keep the cold from getting to your electric vehicle. The number one way is to pre-warm your car before leaving. Embracing a relaxed driving style also reduces the impact of changes in weather conditions, whatever the season!

Replacing the NEDC test, the WLTP cycle is a procedure that makes it possible to measure a vehicle’s range, consumption and emissions. The initialism stands for Worldwide Harmonized Light Vehicles Test Procedure for passenger cars and light utility vehicles. It consists of driving a vehicle at various speeds and driving phases. The WLTP standard approximates the vehicle’s actual operating conditions based on its technical specifications and weight to provide a consistent measurement of its range.

There was previously a real difference between NEDC range and actual range (between 30% and 50% of the projected range would get lost in transit). However, the WLTP cycle now makes it possible to get a much more accurate idea of the number of kilometers driven on a single electric car charge. Along with it comes a projected discrepancy that’s rarely above 20%.

The WLTP range quoted by vehicle manufacturers corresponds to the combined standardized cycle, which comprises 57% urban driving, 25% suburban driving, and 18% highway driving. So this figure represents an average weighted according to the most frequent types of vehicle use.

The city driving part of the cycle, or WLTP City, gives an idea of the range of electric vehicles when they are used in the most common way, that is, for urban and suburban driving. Variations in range between different generations of Renault ZOE

By WLTP standards, the range efficiency of Renault ZOE is 395 kilometers WLTP* in mild weather conditions, for models with either the R110 or R135 motor. This figure is higher than that reached by the earlier generations of the model, whose 41-kilowatthour batteries managed a maximum journey of between 280 and 300 kilometers on one charge.

The range of Renault ZOE on the highway

Driving style determines the range of the battery in an electric vehicle, particularly when the motor is turning at full speed. So the range of a Renault ZOE on the highway in mild temperatures is less than if it were driven for a variety of uses. Keeping at an average speed of 130 km/h lets you cover around 215 kilometers. Cutting the average speed to around 110 km/h extends the vehicle’s range on a single charge to 250 kilometers. How can you increase the range of your ZOE?

You can get more range out of your Renault ZOE by embracing eco-driving, which is both environmentally friendly and economical. Cutting your speed on roads and highways, braking early so as to recover the kinetic energy from braking, and pre-warming the inside of the car to the right temperature while the vehicle is still charging all make for lower energy consumption. The various driving modes available to the driver can also have an impact on the range.

In ECO mode, for example, some vehicle features like heating or acceleration are dialed down. On average, ECO mode yields 10% longer range — depending on the type of terrain covered. B mode, on the other hand, activates “enhanced deceleration” whereby motor braking is favored over mechanical braking. When the driver lifts their foot off the accelerator, the Renault ZOE decelerates smoothly. The resulting inertia means that the kinetic energy is recovered and converted into electricity. This practice therefore increases the range and also makes for a particularly comfortable driving experience.

The range of Renault ZOE benefits from these innovations and thereby performs better in terms of low energy consumption. This range, which represents the practicality of the electric car, marks a new chapter in electromobility for everyone!

* The duration and distances mentioned here are calculated from results obtained by New ZOE during the WLTP (Worldwide Harmonized Light Vehicles Test Procedure, standardized cycle: 57% urban driving, 25% suburban driving, 18% highway driving), which aims to represent the actual conditions of a vehicle’s use. However, they cannot foresee the type of journey after recharging. The charging time and recovered range also depend on the temperature, the degree of battery wear, the amount of power delivered by the charging station, driving style and the level of charge.